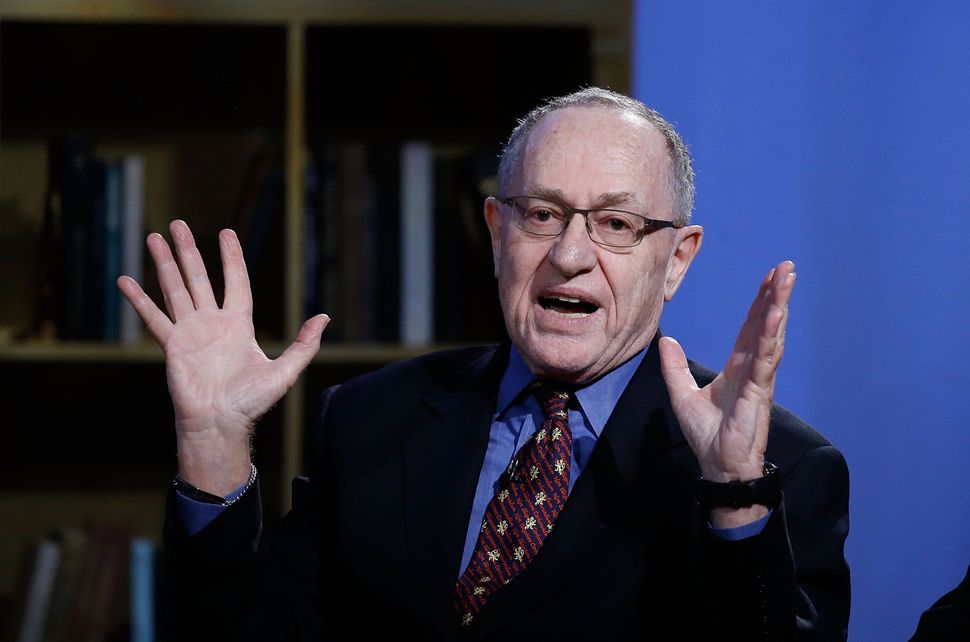 “We, a group of ardent Zionists, who have devoted our lives to defending the good name of the state of Israel and the Jewish people, write with urgent concern about the situation of the African asylum seekers,” said the letter signed by Dershowitz, a constitutional lawyer and prominent Israel defender; Foxman, the former national director of the Anti-Defamation League; Rabbi Marvin Hier, the founder of the Simon Wiesenthal Center; Rabbi Irving “Yitz” Greenberg, a former president of Clal-the National Jewish Center for Learning and Leadership; and Rabbi Avi Weiss, a longtime activist who helms the Hebrew Institute of Riverdale in New York. Weiss initiated the letter.

“We fear that a mass expulsion could cause incalculable damage to the moral standing of Israel and of Jews around the world,” said the letter sent Thursday. “We respectfully urge you, Mr. Prime Minister, to appoint Natan Sharansky to head a committee that would propose a humanitarian solution to the problem that also takes into account the concerns of the government of Israel.”

Sharansky, who is completing his term as chairman of the executive of The Jewish Agency, said he had not been approached to head such a committee.

“Mr. Sharansky was not a party to this initiative, has no knowledge of its details, and did not grant it his approval,” a spokesman for Sharansky told JTA.

Israel’s Cabinet in January approved a plan and the budget to deport thousands of migrants from Sudan and Eritrea and other African countries, a plan that was temporarily suspended on Thursday by the Supreme Court.