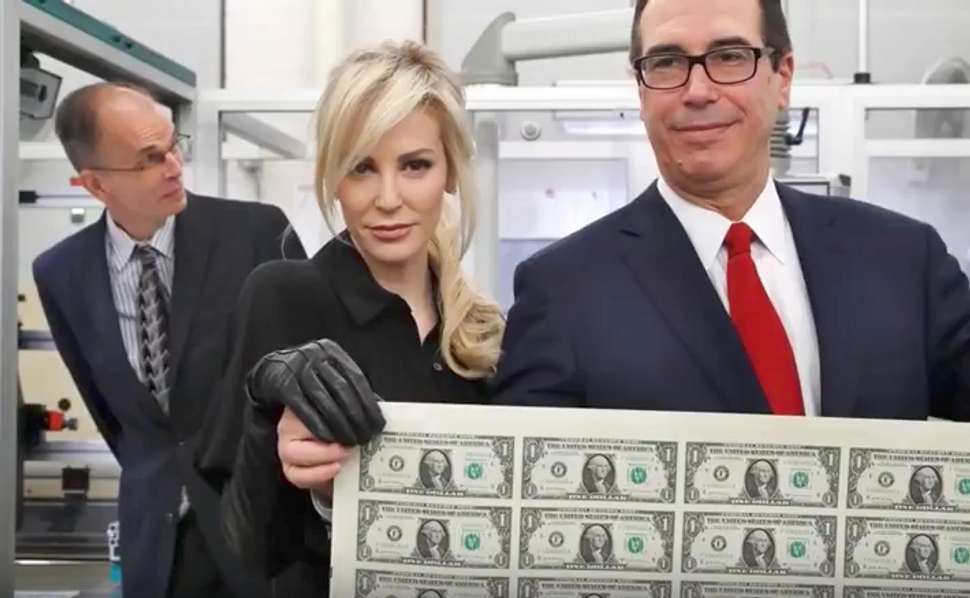 Treasury Secretary Steve Mnuchin spent nearly $1 million in taxpayer money on military flights between the spring and fall of 2017, according to government documents obtained by a watchdog group.

The trip taken by Mnuchin and his wife Louise Linton — ostensibly to inspect Fort Knox, but rumored to be so that they could have a better view of the solar eclipse — cost $33,000 alone.

The report compiled by Citizens for Responsibility and Ethics in Washington, also found that Mnuchin requested a military jet for his European honeymoon after his marriage to Linton last summer.

Government guidelines restrict using government aircraft to trips that fit a narrow, defined standard of “official purposes,” but many of Mnuchin’s sojourns using military aircraft did not fit those criteria. Mnuchin used a military aircraft to fly to Parkersburg, West Virginia and Las Vegas, Nevada last August for two days of unspecified “official events” at a cost of $94,100.50. It remains unclear what exactly those “official events” were.

Mnuchin also used a government jet for a two-day trip to Italy for a meeting of Western finance ministers at a cost of $314,000. He used a plane that can seat 120 passengers despite only having 24 people listed in his delegation, and despite the government fleet having smaller plane options available.

Mnuchin, a successful businessman and Hollywood producer, is worth more than $300 million. His predecessors in the Obama and Bush administrations almost always flew commercial for official domestic travel.