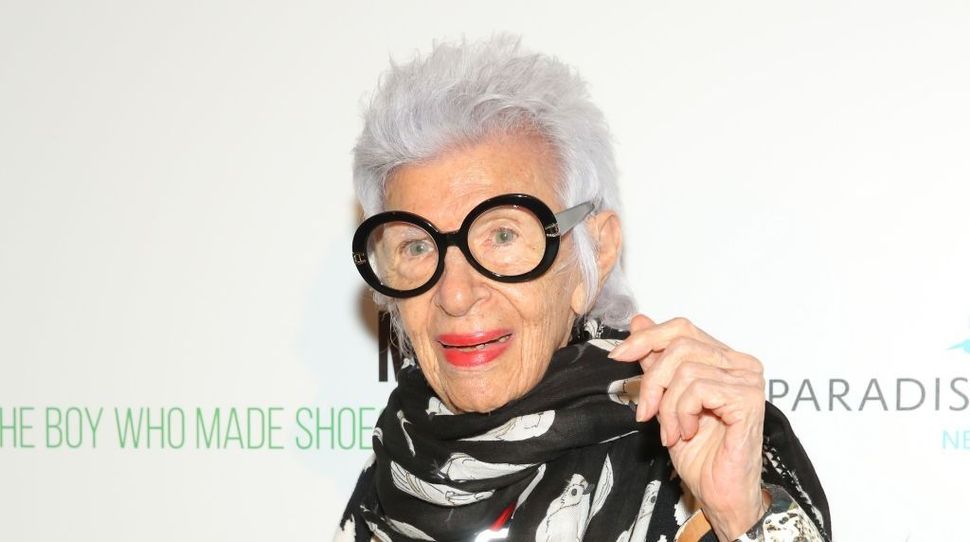 (JTA) — The American toy company that created the Barbie doll announced a new addition to the line in the image of Iris Apfel as an homage to the 96-year-old Jewish fashion guru.

The Apfel effigy by the maker of what is perhaps the world’s best-known line of dolls wears the same striking green Gucci suit and jewels that the real-life Apfel wears on the cover of her latest book, “Accidental Icon,” the New York Post reported Thursday. But whereas the real-life Apfel is visibly wrinkled, her Barbie version has a smooth face.

“Her long-spanning career makes her the perfect subject of a one-of-a-kind doll, the highest honor Barbie bestows,” a Mattel representative told The Post in a statement. The new Apfel Barbie will not be available for sale.

Apfel, a New York-born fashion journalist and illustrator turned designer, in 2016 won the Women Together Special Award. In 2005, the Costume Institute at the Metropolitan Museum of Art in New York premiered an exhibition about Apfel’s style entitled Rara Avis. Since 2014, she has been the subject of two internationally-distributed documentaries: “Iris” by Albert Maysles and “If You’re Not In the Obit, Eat Breakfast.”