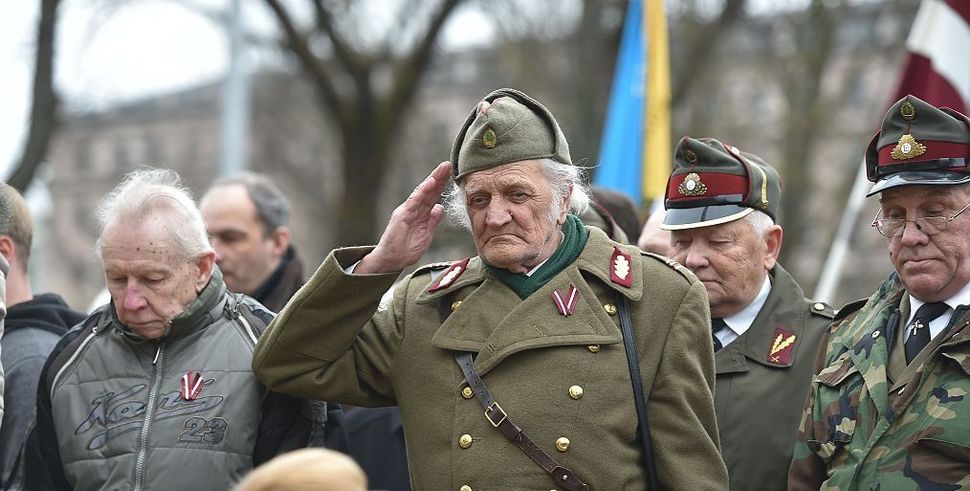 RIGA, Latvia (JTA) — Police arrested a man for displaying a poster of soldiers killing Jews at the annual march by local veterans of two SS divisions that made up the Latvian Legion during World War II.

The march in Latvia, a member of the NATO alliance and the European Union, is currently the only public event in Europe and beyond honoring people who fought under the SS banner. Occurring amid rising tensions with Russia, it is part of numerous expressions across Eastern Europe of admiration for people, including Holocaust perpetrators, who collaborated with Germany against the Soviet Union.

Several protesters from the Latvia without Fascism group demonstrated against the event by carrying signs reading “They fought for Hitler” and “if they looked as Nazi, and act with Nazi – they were Nazi.” None of those protesters were arrested.