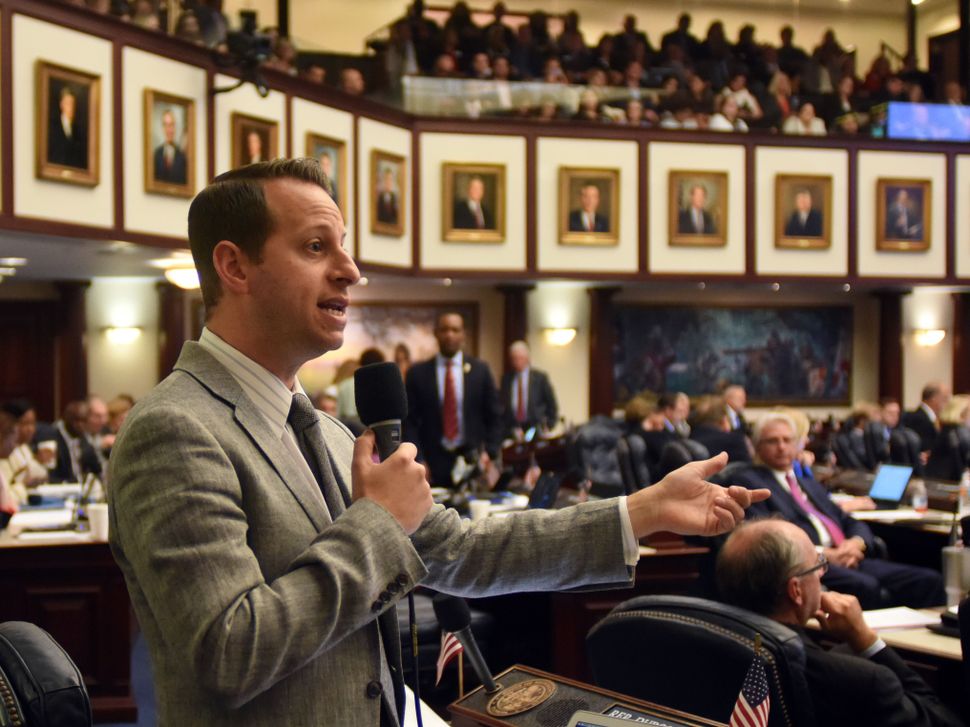 (JTA) — Jared Moskowitz is a member of Florida’s House of Representatives. After the shooting last month at a high school in Parkland, in Moskowitz’s district, that left 17 dead, the Jewish Democrat led efforts to pass gun reform in his state.

The compromise bill raises the minimum age to purchase a gun from 18 to 21 (the killer in the Parkland shooting was 19) and bans bump stocks, which facilitate rapid firing. It also arms teachers — a provision that Moskowitz and many of the survivors of the shooting oppose. It additionally does not ban assault weapons.

On the eve of the bill’s passage earlier this month, Moskowitz told NPR he would back the bill, even though the compromises give him “indigestion.”

On March 7, he voted for the bill and delivered a floor speech that had his colleagues reaching out to comfort him. The liberal news site Now This posted the video on Twitter.

In the speech, Moskowitz describes how his four-year-old son, Sam, was around the corner from the high school at the time of the shooting, learning how to write — something he wanted to do once he learned how to spell his name. The facility also went into lockdown, and his son’s teacher sheltered her pupils.

Sam’s teacher is Jen Guttenberg, whose daughter, Jaime, was among the dead at Marjorie Stoneman Douglas high school.

“She put my kid in a closet when her daughter died. I wanted to say thank you at the funeral,” Moskowitz said about Jen Guttenberg. “I didn’t know how to do that.”

At several moments during the speech, Moskowitz pauses so that he doesn’t break down in tears.