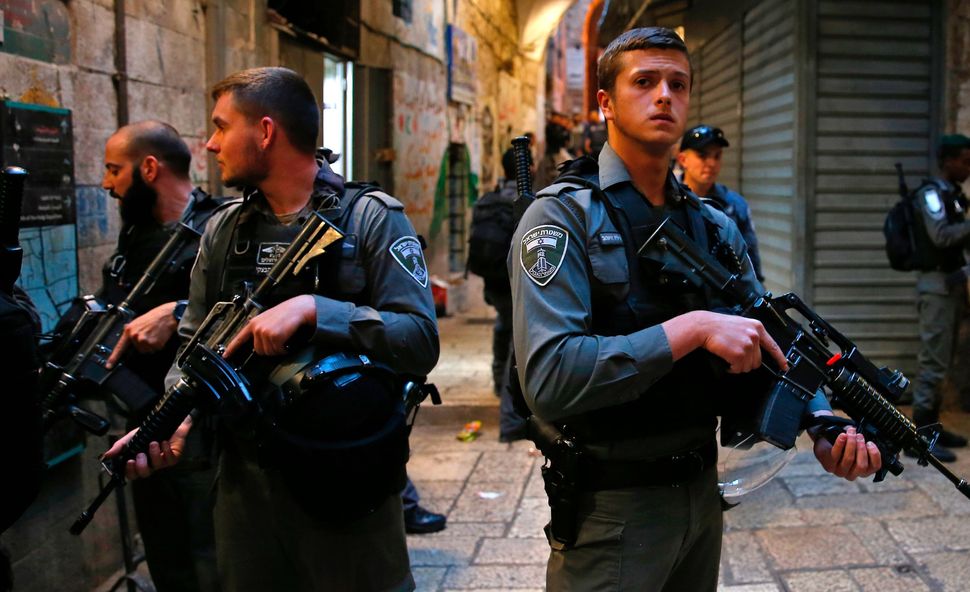 JERUSALEM (JTA) – The Israeli civilian stabbed by a Palestinian terrorist in the Old City of Jerusalem died of his wounds.

He was named as Adiel Kolman, a 32-year-old father of four from the West Bank settlement of Kochav Hashachar.

While Kolman was a civilian security guard by profession, he was not armed and not working at the time of the attack on Sunday afternoon in Jerusalem’s Jewish Quarter. He reportedly had worked in the archaeological digs at the City of David for the last five years, according to the Times of Israel.

Kolman was stabbed several times in his upper body during the attack and arrived at Shaare Tzedek hospital in Jerusalem in critical condition. Following surgery, he remained unconscious and connected to a respirator on Sunday night before succumbing to his injuries.

The stabber was identified as Abd al-Rahman Bani Fadel, 28, a Palestinian man from a northern West Bank village near Nablus. He was shot and killed at the scene by an Israel Police officer.

Fadel had entered Jerusalem using a five-day permit that allowed him to look for work, according to the Israel Security Agency, or Shin Bet. The father of two, his brother and uncle are part of Hamas’ leadership in the West Bank, Haaretz reported. He was not active in Hamas, however, according to Haaretz.

Hamas praised the attack, saying it was an action to mark 100 days since the Trump administration recognized Jerusalem as Israel’s capital and announced it would move the United States’ embassy there. Palestinian groups, including Hamas, had designated Friday as a Day of Rage to protest the announcement.

The attack comes two days after two soldiers were killed and two left in serious condition after a Palestinian car ramming attack in the West Bank.