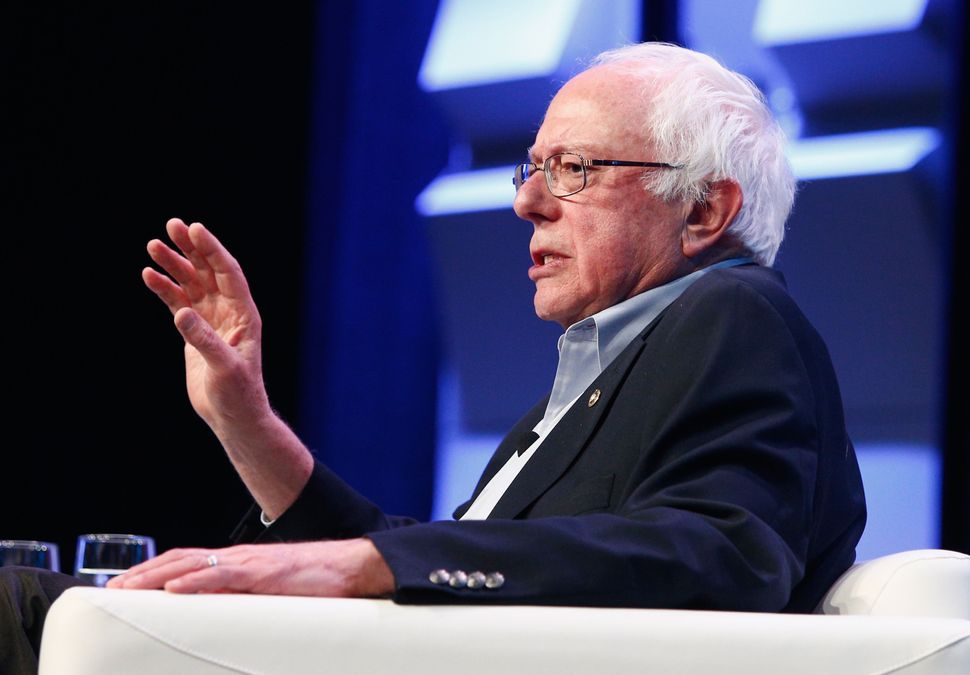 WASHINGTON (JTA) — Sen. Bernie Sanders helped launch what purports to be a global peace movement on the anniversary of the Iraq War, which he said precipitated much of the chaos in the Middle East.

Organizers of the Global Call for Peace said 11,000 callers from around the world, including Israel, participated in the Sunday launch.

The emphasis of the call, which was initiated by MoveOn.org, a U.S. left-wing activist group, was on the tensions between the Koreas, but speakers also noted that it was the 15th anniversary of the Iraq War.

Sanders, I-Vt., the first Jewish candidate to win major-party nominating contests when he ran for the 2016 Democratic presidential nomination, made what he said were the failures of that war the centerpiece of his appeal to join the movement.

“The war in Iraq was a foreign policy blunder of enormous magnitude,” he said, describing the ensuing chaos in Iraq and consequently the civil war in neighboring Syria and the spread of the Islamic State terrorist group, or ISIS.

“Had it not been for the Iraq War, ISIS would almost certainly not exist,” Sanders said. “It undermined American diplomatic efforts to resolve the Palestinian-Israeli conflict.”

Sanders was among four speakers who counseled peaceful mass protests and online actions. Two others addressed the Korea crisis, lauding President Trump for agreeing to meet with Kim Jong Un, the leader of North Korea, but also fretting that Trump could make good on his hints that he would launch a war to denuclearize North Korea should talks fail.

Among the groups represented on the call was Zazim, a left-wing activist group in Israel. An email said Jewish Voice for Peace, a group that backs the movement to boycott Israel, was also among the participating organizations, but no representative of JVP spoke up during the call.