Elon Musk Parties In Jerusalem, Gets Serious At Masada, All On Instagram 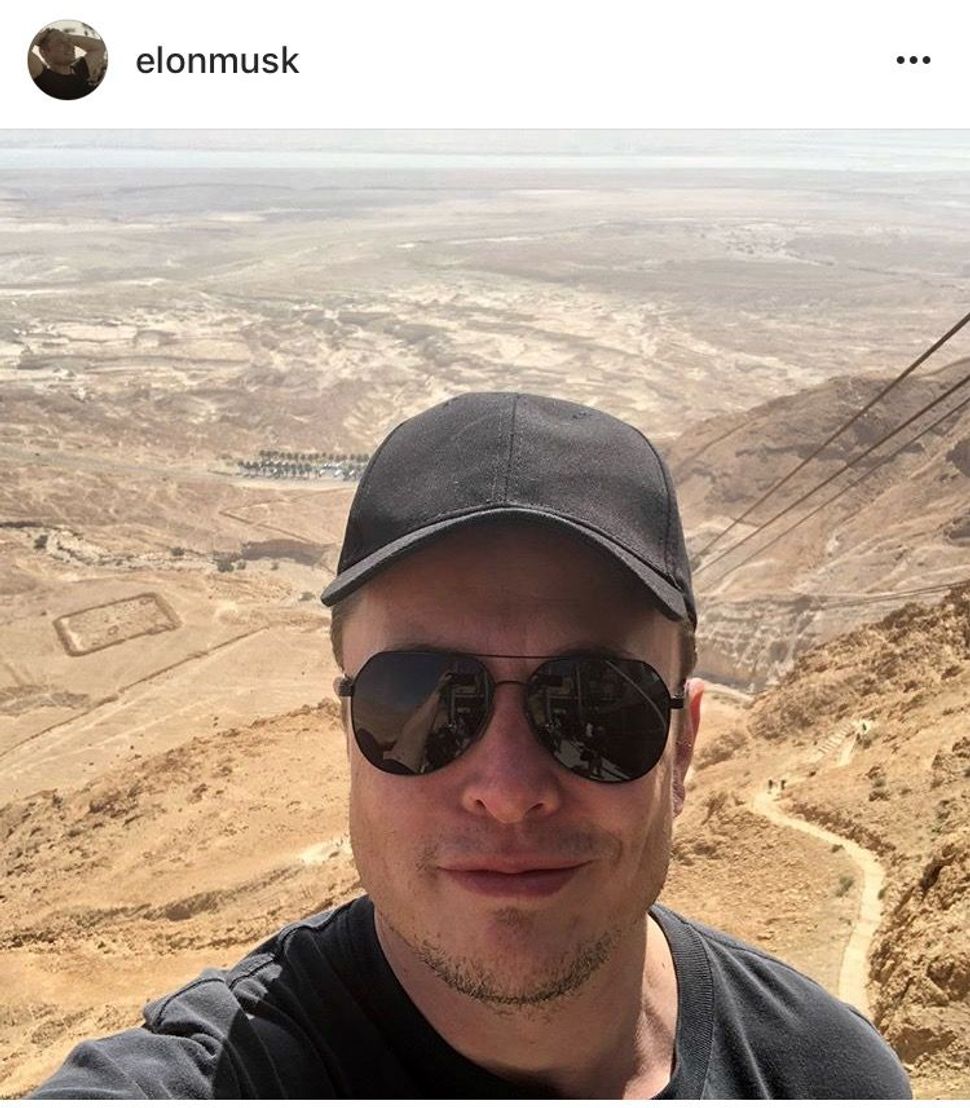 Elon Musk, founder of Tesla and SpaceX, has taken to Instagram to document his Israel trip. His fans are loving it.

Within two hours of uploading a photo of his night out at a Jerusalem bar, Musk racked up almost 250,000 likes.

“Learning how to pour flaming absinthe over a tower of glasses in Gatsby, a Jerusalem speakeasy. Everything’s better with fire…,” Musk wrote on Instagram.

The billionaire entrepreneur’s trip isn’t all about partying though. On Monday, he uploaded another Instagram of himself on top of Masada. The caption of the selfie read, “Paid respects to Masada earlier today. Live free or die.”

The purpose of Musk’s trip to the Holy Land was to meet with Cortica, a maker of artificial intelligence for use in autonomous cars. Musk also met with Prime Minister Benjamin Netanyahu on Tuesday to speak about technology.

Archaeologists debate the veracity of Josephus’ account that Jewish rebels committed mass suicide at the Masada fortress rather than submit to the Romans, but it is indisputably one of Israel’s most important origin stories.

Elon Musk Parties In Jerusalem, Gets Serious At Masada, All On Instagram