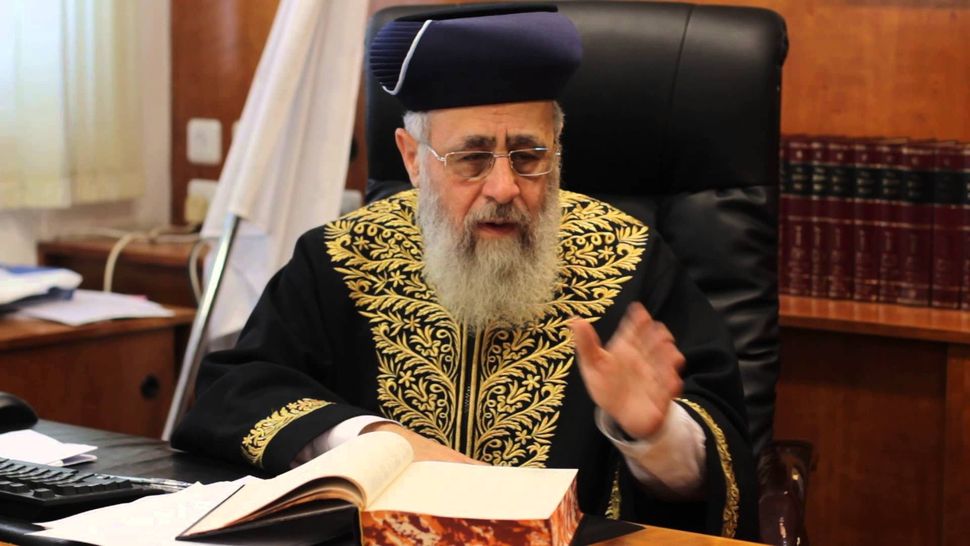 Rabbi Yitzhak Yosef was addressing Jewish legal aspects of the blessing on seeing fruit trees blossoming, and whether one should bless one tree or at least two.

In that context, he mentioned a blessing uttered upon seeing an “unusual creature,” citing the example of encountering a black person who has two white parents on the street in America.

According to Ynet, Yosef referred to black people by the derogatory Hebrew word “kushi,” and then going on to term a black person a “monkey.”

His office told Ynet that the comparison was a quote from the Talmud.

This was not Yosef’s first time causing controversy in his sermons. Last May, he appeared to suggest that secular women behave like animals because they dress immodestly.