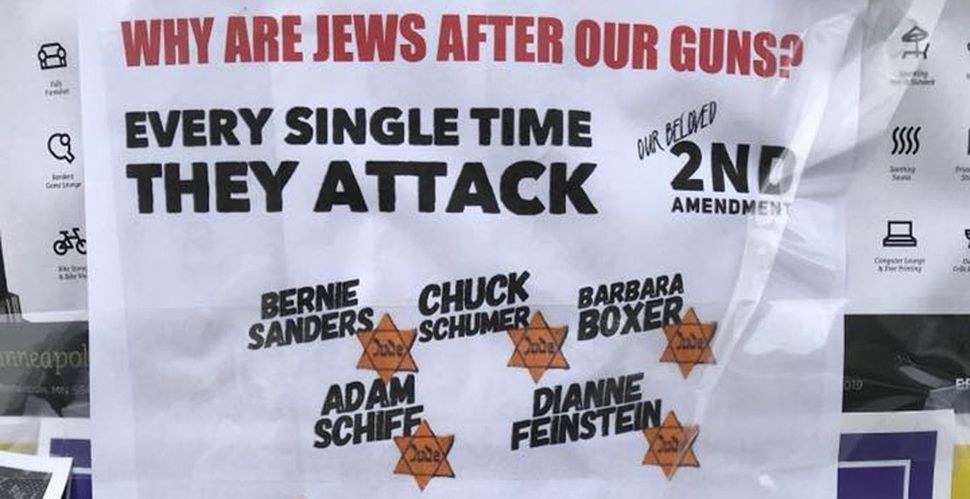 An anti-Semitic flyer was posted Monday on a bulletin board at the University of Minnesota.

The flyer, which has been removed, claimed that Jewish politicians like Bernie Sanders and Chuck Schumer were behind political gun control efforts. It also featured anti-Semitic caricatures of scheming Jews with beards and long noses. It was listed as having been “brought to you by” the neo-Nazi website The Daily Stormer, the same one listed on flyers put up around campus in February 2017.

The Jewish Community Relations Council of Minnesota and the Dakotas made a statement that they condemn the hateful messages, and praised the fast action to remove them.

The flyers were posted only weeks after a university referendum passed a motion in support of the anti-Israel boycott, divestment and sanctions movement. Previous anti-Semitic incidents on campus had also come after pro-BDS campaigns, but Hillel director Benjie Kaplan told local website TCJewfolk that there is no evidence linking the two events as of yet.