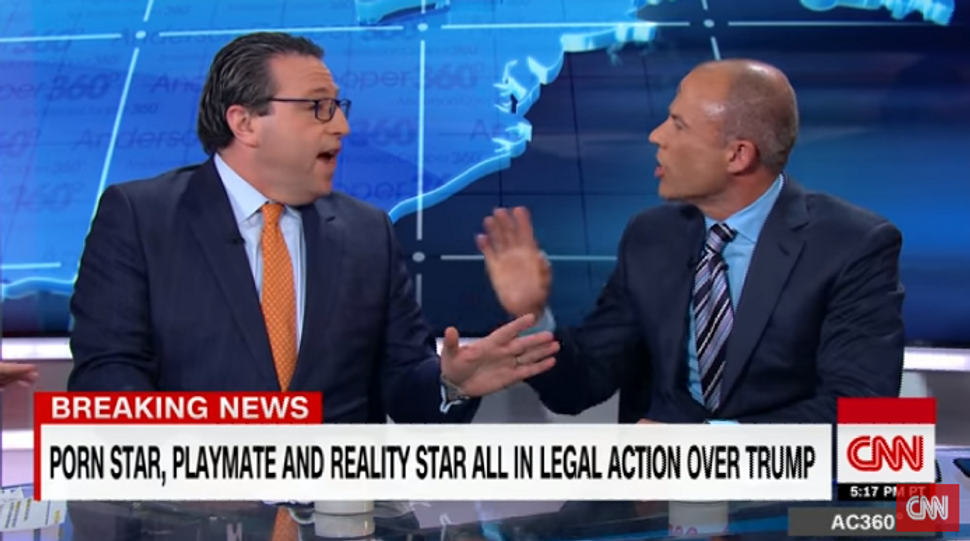 Michael Avenatti, who is representing Stormy Daniels, traded barbs with Arthur Schwartz, who is representing Michael Cohen. Cohen is Trump’s longtime personal lawyer — his signature is on the nondisclosure agreement Daniels, whose legal name is Stephanie Cliffords, signed to stay quiet about her affair with Trump.

Daniels is suing Trump because she alleges that Trump never signed the agreement, thereby voiding it.

At one point, Avenatti held up a poster with Michael Cohen’s face.

“If Michael Cohen is such a stand-up guy, where is he?” Avenatti asked. “Where is this guy?”

Schwartz responded by saying that Cohen would end up getting $20 million in damages from Daniels for breaking the nondisclosure agreement.

“You’re gonna go down in flames in this case!” Schwartz barked.

“I love it when my opponents tell me that,” Avenatti replied.