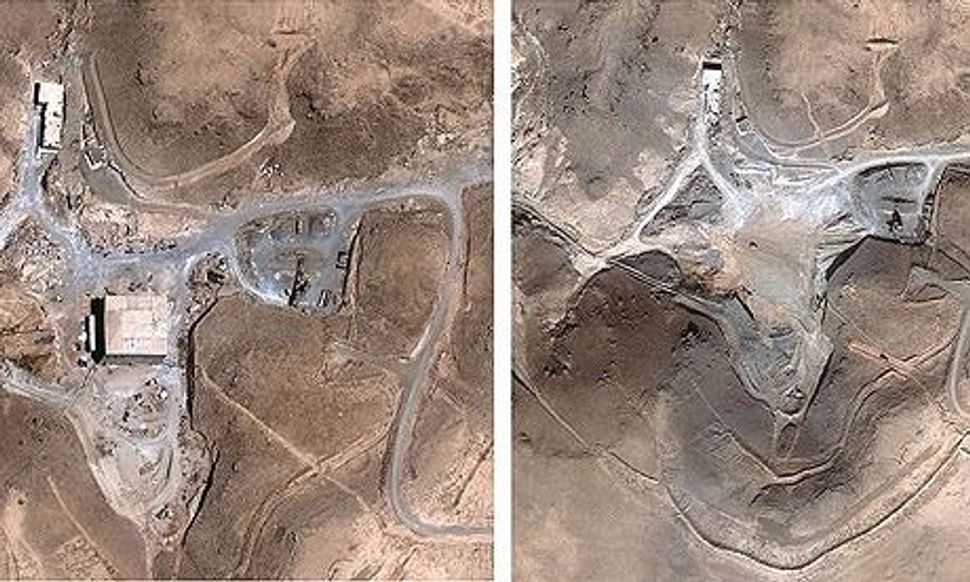 The suspected site of Syria’s nuclear reactor, in satellite images, before and after Israeli bombing. Image by apijf.org

The operation was codenamed “Outside The Box,” and for 11 years Israeli officials kept a tight lid of secrecy around the bombing. POLITICO published a story about the raid, which is only now being confirmed by Israeli officials.

The Israeli air force bombed an unmarked building in Syria on September 6, 2007. Both the Mossad and the CIA had missed the fact that Syria, with help from North Korea, was building a nuclear reactor at the site.

“This is a resounding failure by the Americans,” said Tamir Pardo, the former director of the Mossad, Israel’s clandestine intelligence gathering agency.

Israeli officials said the site was nearly exactly the same as a North Korean nuclear site.

In the 2000s, Mossad officials requested money to investigate Syria’s nuclear program. They ransacked hotel rooms of suspects across Europe, looking for information. They found photos of one operative standing inside Syria’s nascent facility.

The photos were rushed to then-Prime Minister Ehud Olmert, who made the decision to bomb the site. After the bombing, Assad didn’t say anything — and neither did the Israelis.