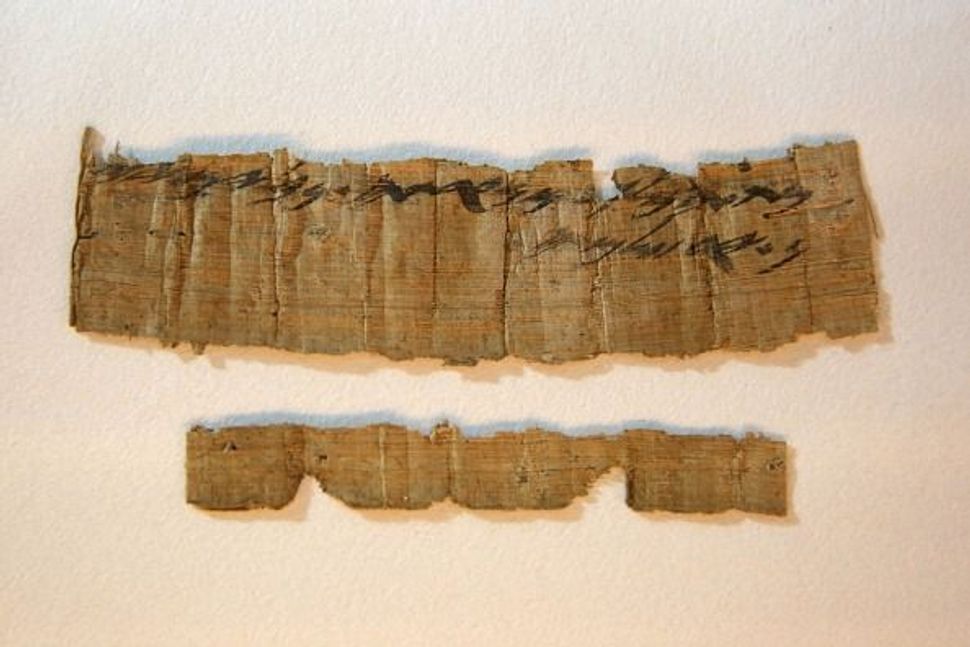 (JTA) — Syria has accused Israel of stealing ancient and valuable Jewish artifacts from a historic synagogue near Damascus.

In an official complaint filed with the United Nations Security Council last week, Syria accused Israel of smuggling religious books and other artifacts from the Eliyahu Hanavi Synagogue in cooperation with Turkey and with terrorist groups operating in the area.

Jobar was home to a large Jewish community for hundreds of years until the 1800s, according to the Jerusalem Post.

The synagogue was said to have been mostly destroyed in mortar attacks during a May 2014 battle between troops loyal to Syrian President Bashar and rebel troops. The synagogue reportedly was looted following the battle

According to a plaque on the building, the synagogue dates from 720 BCE.

Syria’s Ambassador to the UN, Bashar Ja’afari, wrote in the letter of what he called “credible evidence” that “the terrorist groups that are active in the area of Jobar, near Damascus, cooperated with the Turkish and Israeli intelligence services to loot artifacts and manuscripts from the ancient synagogue there.”

The letter continued: “The items were then smuggled through local and foreign intermediaries to Istanbul, where they were received by antiquities experts who certified that they were extremely valuable antique objects. The items were subsequently smuggled to New York.”

Israel’s ambassador to the UN, Danny Danon, called Syria’s accusations “another attempt by the Syrian regime to draw attention away from the horrible atrocities it commits against its own people.”