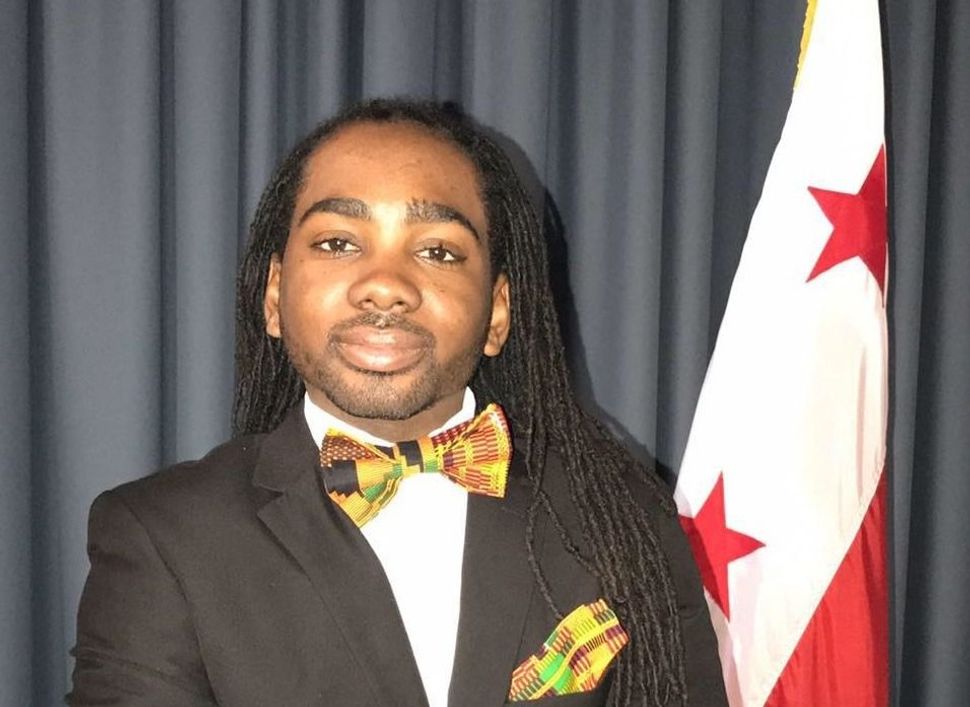 The Washington, D.C. Council member who suggested that the Rothschild banking family controls the weather has been inundated with invitations to Passover seders, The Washington Post reported Friday.

Trayon White Sr., who represents a ward in the southeastern part of the district, was heavily criticized by local and national Jewish groups after making his statements in a Facebook video earlier this month. But many sought to reach out to him.

“It’s important to know where an ambitious, dynamic young man came to get these ideas which are so filled with hatred,” Rabbi Shmuel Herzfeld of D.C.’s National Synagogue told the Post.

White had to turn down Herzfeld’s invitation to a seder because he had already agreed to attend one hosted by another council member, Elissa Silverman, who is Jewish.

White is also set to attend a Jewish community breakfast organized by another Council member this week, and multiple local rabbis have been in touch with him.

“We make a mistake when we conflate all kinds of anti-Semitism into one bundle. And then push it away and pretend there is nothing we can do but yell and scream,” Rabbi Aaron Alexander of Adas Israel told the Post.