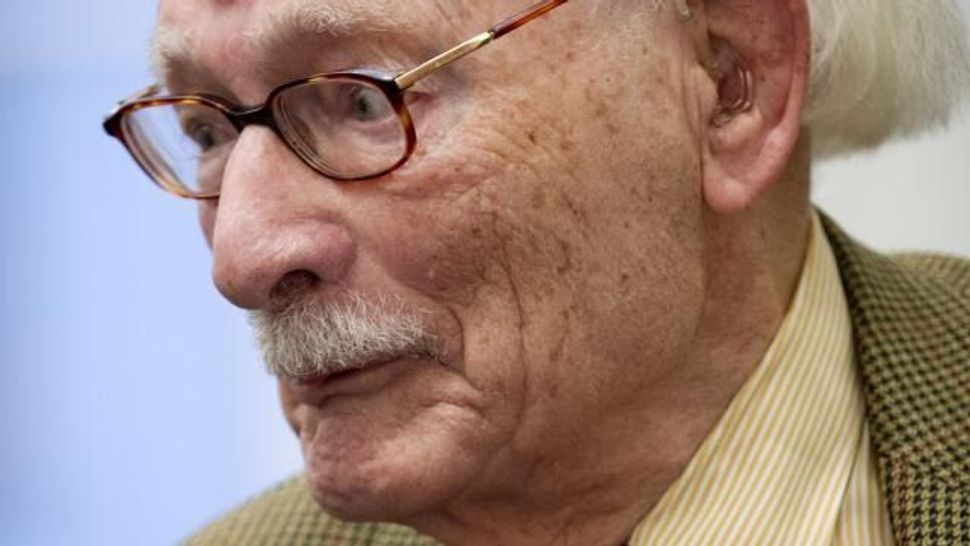 AMSTERDAM (JTA) — Johan van Hulst, a Dutch politician who saved hundreds of Jewish children during the Holocaust, has died at the age of 107.

Van Hulst and resistance activists smuggled the children to safety over several months. He was the director of a Protestant religious seminary in Amsterdam with a yard that bordered on the nursery section of a facility in which the Nazis and collaborators imprisoned Jews before their dispatch to concentration camps.

The late director, who died Thursday, hid in his school the children from the nursery of the Hollandsche Schouwburg, whom he and his helpers would hoist over the hedge that separated the two yards. From there, resistance activists and fighters would smuggle the children to safehouses, sometimes in laundry baskets and other times on bicycles, pretending that the children were their own.

Israel’s Yad Vashem Holocaust memorial and museum in 1973 recognized Van Hulst as a Righteous Among the Nations – a title for non-Jews who risked their lives to save Jews from the Holocaust.

In 1943, a Dutch Education Ministry official named Fieringa discovered several Jewish children at Van Hulst’s Hervormde Kweekschool and asked for the meaning of their presence there and whether they were Jewish. In a 2012 interview, Van Hulst recalled telling him after a long silence: “You don’t really expect me to answer that, do you?”

The grounds of the Hervormde Kweekschool currently houses the National Holocaust Museum of the Netherlands. The joint wall carries a permanent exhibition in his honor.