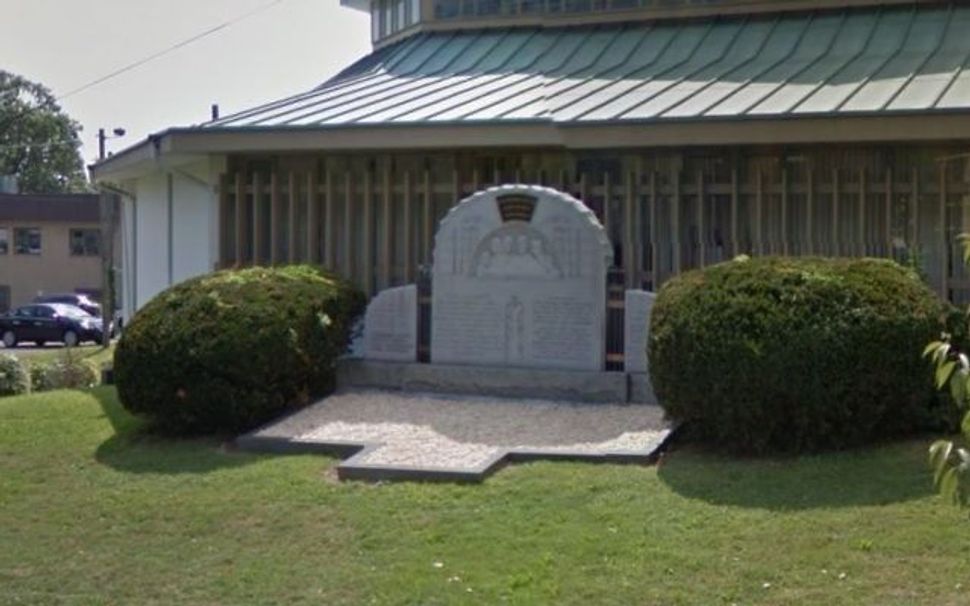 (JTA) — A Holocaust memorial in New Jersey and the adjacent synagogue were vandalized with anti-Semitic graffiti.

Among the graffiti painted in red on the memorial on Route 9 in Lakewood, New Jersey, were swastikas and the number 666, which is associated with Satan and the Beast of Revelation in the New Testament. Similar graffiti was painted on the walls of Congregation Sons of Israel, located next to the memorial, as well as on a white pickup truck parked outside the synagogue, according to the Asbury Park Press.

The graffiti was reported on Saturday morning and is believed to have occurred over the night before.

In July, a banner with an anti-Jewish slur was draped over the Holocaust memorial.

No one has claimed responsibility for the vandalism, according to the Associated Press.