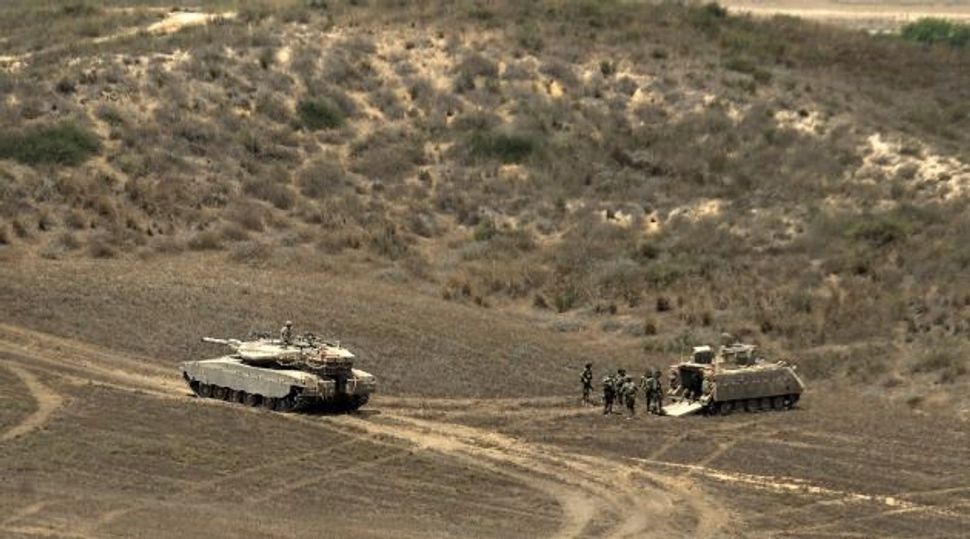 JERUSALEM (JTA) — Three Palestinians armed with grenades and knives who infiltrated Israel from Gaza were captured near an army base in southern Israel.

The three men were arrested on Tuesday near the Tze’elim army base, located about 12 miles from the border between Israel and Gaza. They also were carrying the tools they allegedly used to cut through the border fence.

Israel Defense Forces troops had noticed the breach in the fence and footprints leading away from it, triggering a search for the men, which ended a little more than an hour later, the IDF said in a statement.

A police sapper and a police robot neutralized the grenades.

The “serious” incident is being investigated by the IDF, the military said.

Four Palestinians illegally entered Israel on Saturday, and set fire to military construction equipment. When troops arrived they fled back into Gaza.

“We will not allow a mass crossing of the fence, we will do everything possible so that Israeli citizens will be able to sit at the seder table in a calm and good manner,” said IDF Spokesman Brig.-Gen. Ronen Manlis said in a statement.