GOP Aide Says ‘Democrats Are Doing What Hitler Did’ 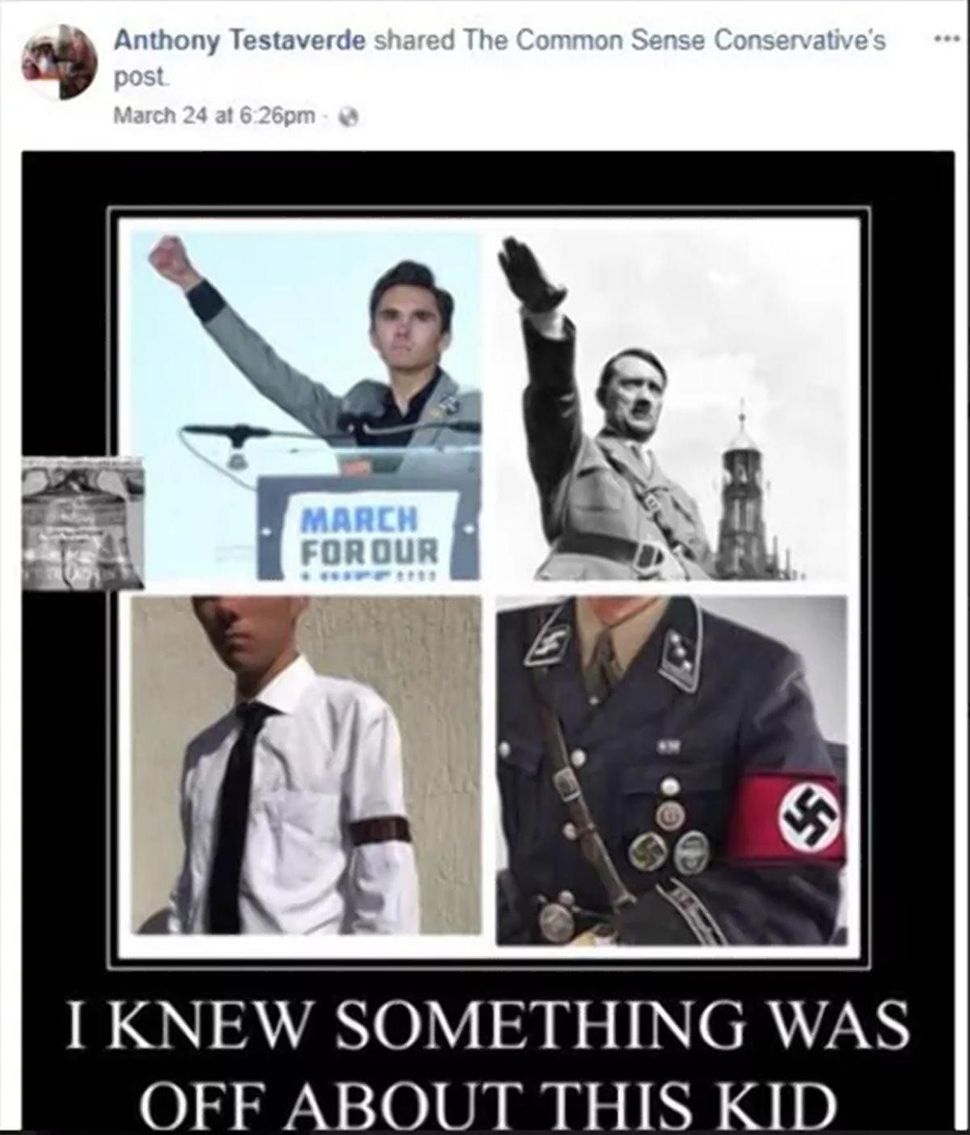 An aide to a New York state senator compared Democrats and a survivor of the Stoneman Douglas High School shooting to Nazis in a Facebook post.

“The Democrats are doing exactly what Hitler did… He used the youth to disarm and control the people. This is scary!” Anthony Testaverde, an aide to Sen. Martin Golden, wrote on Saturday,

Testaverde also shared a photo of a shooting survivor with his right arm extended, comparing it to a photo of Hitler doing a Nazi salute, and captioned it “I knew something was off about this kid.”

“The views expressed in this social media post are wrong and offensive as they are misguided,” he said. “At my direction the post that was ‘shared’ has been deleted.”

It is unknown if disciplinary action will be taken against Testaverde, but Andrew Gounardes, a Democrat running for Golden’s seat, tweeted that he wanted Testaverde fired.

“No one who espouses such despicable hated and idiocy deserves one dime of taxpayer money,” he wrote, adding that if he does not fire Testaverde, then Golden is “complicit in spewing the same hatred.”

GOP Aide Says ‘Democrats Are Doing What Hitler Did’