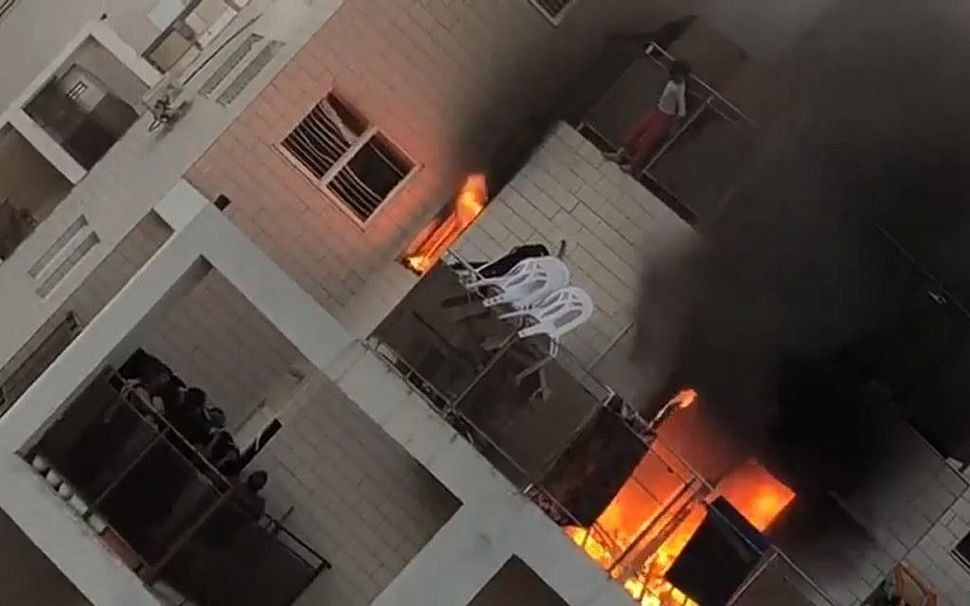 An eight-year-old Israeli girl made a dramatic jump to safety after her family’s Be’er Sheva apartment caught on fire.

The girl was hesitant to make the leap off the eighth-story balcony, but did so at the convincing of neighbors a few floors below her who held out a sheet for her to land on.

The mother told police that the fire began in the dining room. Firefighters are still investigating the cause of the fire. Current speculation places the blame on a power outlet, an air-conditioning system or the possibility that the children were playing with matches.