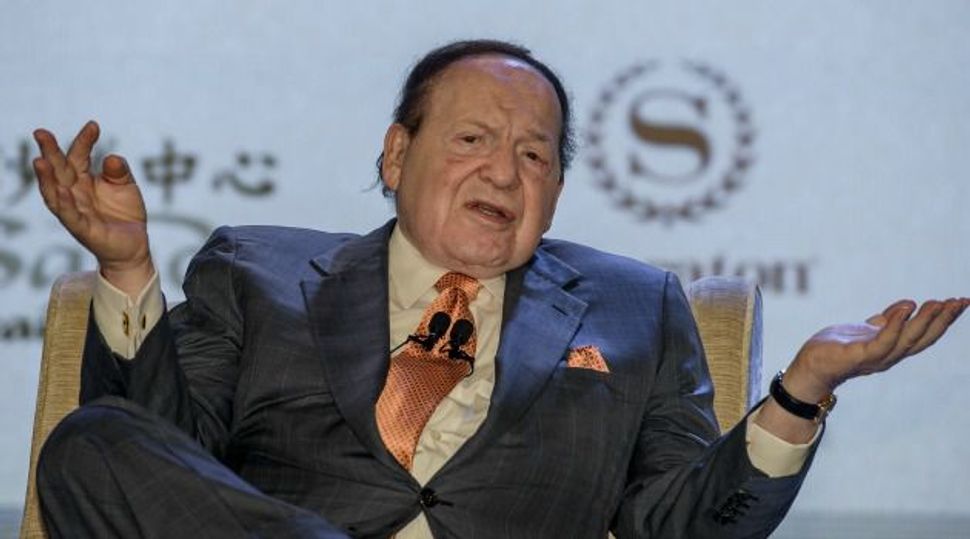 Republican mega-donor Sheldon Adelson got an Israeli company a meeting with the chief of the Environmental Protection Agency. Now the EPA has a contract with the company to study its technology, POLITICO reported.

Scott Pruitt, the EPA chief, met with the company “as a request of Sheldon Adelson,” according to schedule notes. The company, Water-Gen, makes technology for generating water from moisture in the air to create clean drinking water in remote locations. Water-Gen sent water generators to Texas and Florida following the hurricanes there last fall.

The meeting, between Pruitt and Water-Gen’s CEO, came two months before the EPA released a public call for water generation machines to study. The contract with Water-Gen was announced two months after that public call was made, and does not include any exchange of funds, according to the EPA.

The company has seen its public profile grow over the past year. Israeli Prime Minister Benjamin Netanyahu praised its technology at the AIPAC conference earlier this month in Washington, D.C. Alan Dershowitz, the prominent defense attorney, sits on the company’s board and has also pitched it to American investors.