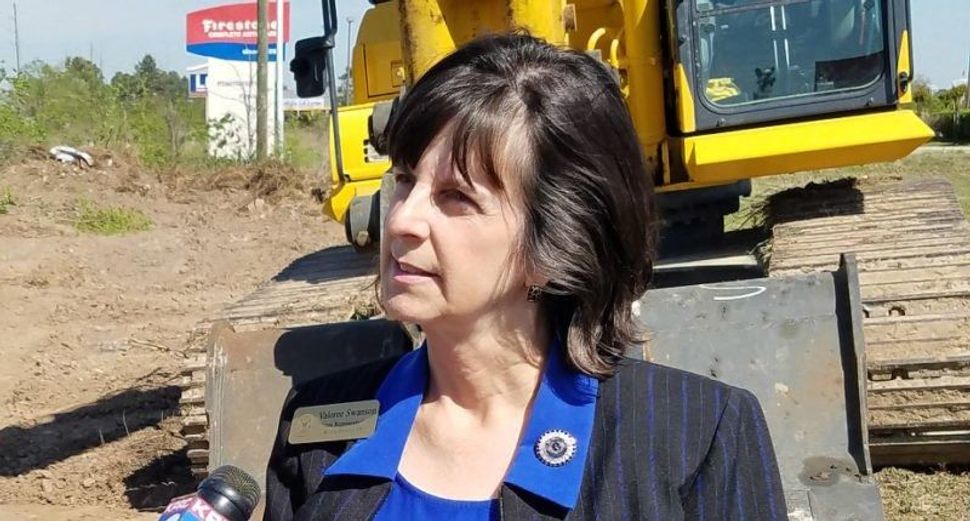 (JTA) — A Texas state representative opposed to gun control posted a meme on her Facebook page suggesting that gun control led to the deaths of children in the Holocaust.

The image, which Swanson shared Monday from the Ted Cruz Meme page on Facebook in support of the Texas Republican senator, juxtaposes the image of 7,000 pairs of shoes left outside the U.S. Capitol earlier this month to represent the children killed by guns since the 2012 shooting at Sandy Hook Elementary School with an image of piles of shoes of Holocaust victims. The captions read “Shoes left by gun control supporters, 2018,” and “Shoes left by gun control supporters, 1945.”

Facebook deleted the original image on Tuesday, according to the Dallas News, but screenshots have continued to circulate.

Swanson, who was first sworn into the Texas House to represent the Houston-area District 150 in 2017, is a member of the ultraconservative Freedom Caucus in the Texas Legislature. She is up for re-election in November.

She reportedly has not commented on the incident.

“Rep. Swanson’s repost of this meme is abhorrent and is an affront to the memories of the 6 million Jews murdered by the Nazis,” Marc Stanley of the Jewish Democratic Council of America said in a statement.