Remember When Roseanne Dressed As Hitler For Heeb? 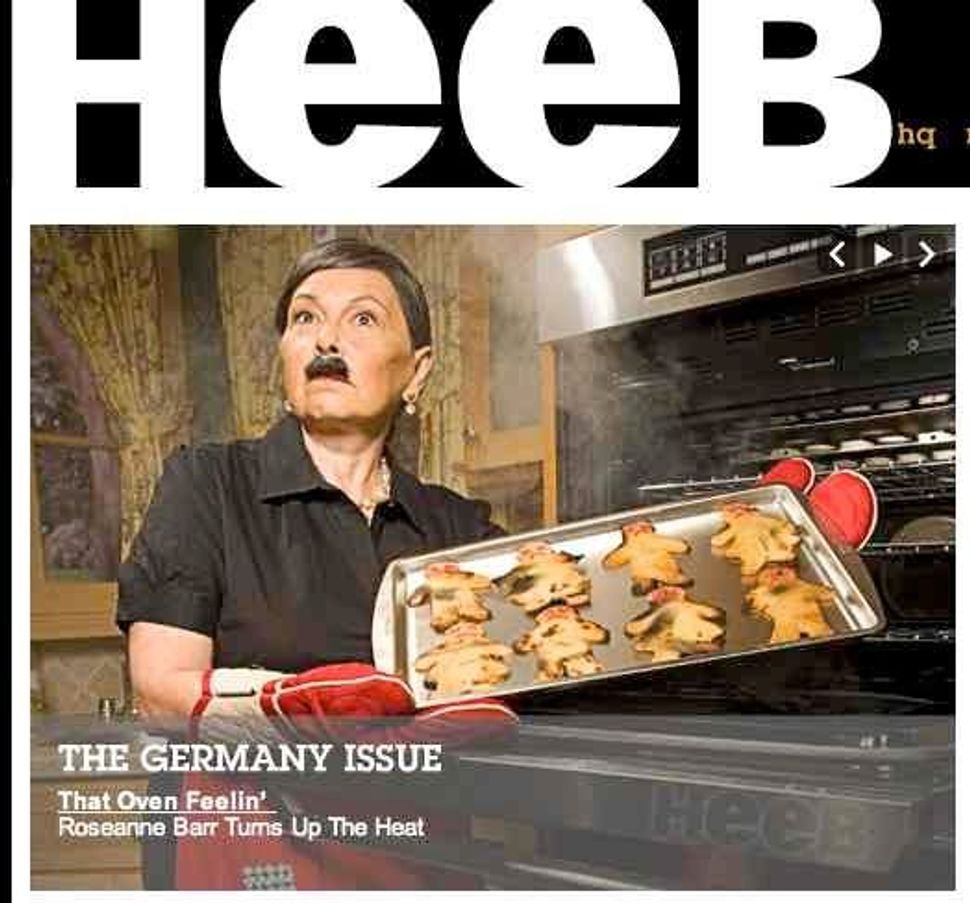 Roseanne Barr, whose cable sitcom revival pulled down boffo ratings this week, once dressed as Hitler for the dear departed Jewish magazine HEEB.

The 2009 photo shoot, in which Barr appeared in Hitler armband and mustache removing a tray of burnt gingerbread cookies from an oven, was controversial at the time. Former Fox News host Bill O’Reilly inveighed against it, as did Mario Lopez, who on the syndicated gossip show Extra scolded, “Come on, Roseanne. Hitler jokes are never funny.” (Mel Brooks would beg to differ.)

In an explanation posted on HEEB’s website soon after the pictures were posted, the magazine’s then-publisher, Joshua Neuman, wrote that the photos were inspired by questions about “whether the taboo against joking about the Holocaust and the Nazis exerted as much power as it used to.”

Wrote Neuman: “What better way to capture this moment in popular culture than by having the original ‘domestic goddess’ don the Fuhrer’s famous mustache? For better or worse, hasn’t the Holocaust itself been domesticated?”

HEEB killed its print edition a year later. Today, the brand survives as an infrequent blog.

Roseanne, meanwhile, is the Trump-supporting star of the biggest hit on television. Barr was born into a Jewish family and in more recent years has explored the texts and ceremonies of the Jewish priestess movement.

Remember When Roseanne Dressed As Hitler For Heeb?