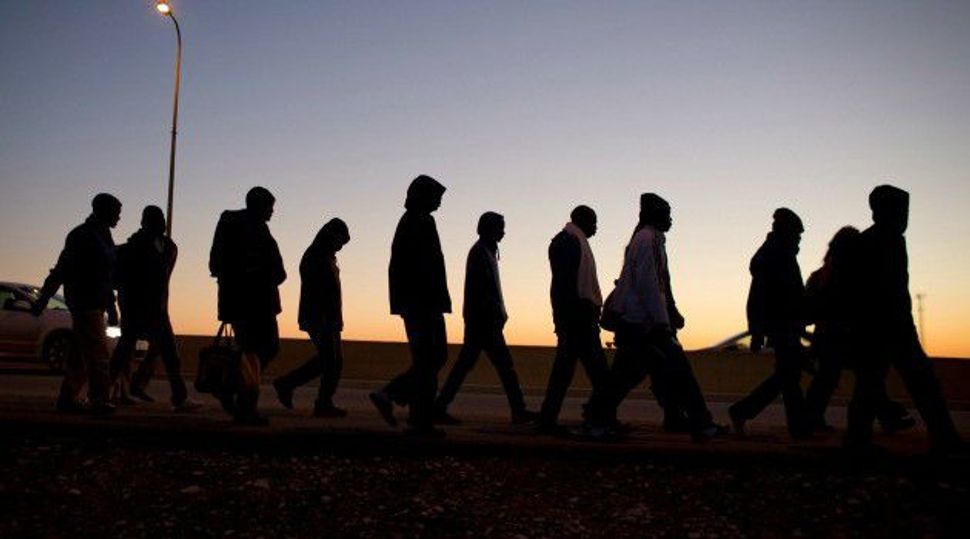 (JTA) — A Democratic congressional delegation that met this week with Israeli Prime Minister Benjamin Netanyahu urged the release of African asylum seekers being held in an Israeli prison.

In a letter Tuesday that originated in the office of House Democratic leader Nancy Pelosi, 11 Democrats said they met with representatives of asylum seekers who said they faced government abuse and human rights violations in their native Sudan and Eritrea. The letter, sent a day after the delegation’s meeting with Netanyahu, cited a ruling by Israel’s Supreme Court saying the Africans could not be deported by force, and therefore there is no legal justification for their “continued detention.”

“We hope these detainees will be released before the Passover holiday and that durable solutions, including in Israel, can be found,” the legislators wrote.

Last month, Israel’s Border Authority jailed 280 asylum seekers at the Saharonim prison in the south of Israel after they refused to be sent to a third country.

There are up to 40,000 Eritreans and Sudanese living in Israel, including 5,000 children. The Israeli government hopes to implement a plan after Passover to force the migrants to choose between jail and deportation.

In addition to Pelosi, the delegation to Israel included Reps. Adam Schiff and Jimmy Panetta of California, Rosa DeLauro and Jim Himes of Connecticut, Jan Schakowsky of Illinois, Henry Cueller of Texas, Hakeem Jeffries of New York, Katherine Clark of Massachusetts, Donald McEachin of Virginia and Jamie Raskin of Maryland.

The trip included stops in Israel and Jordan.