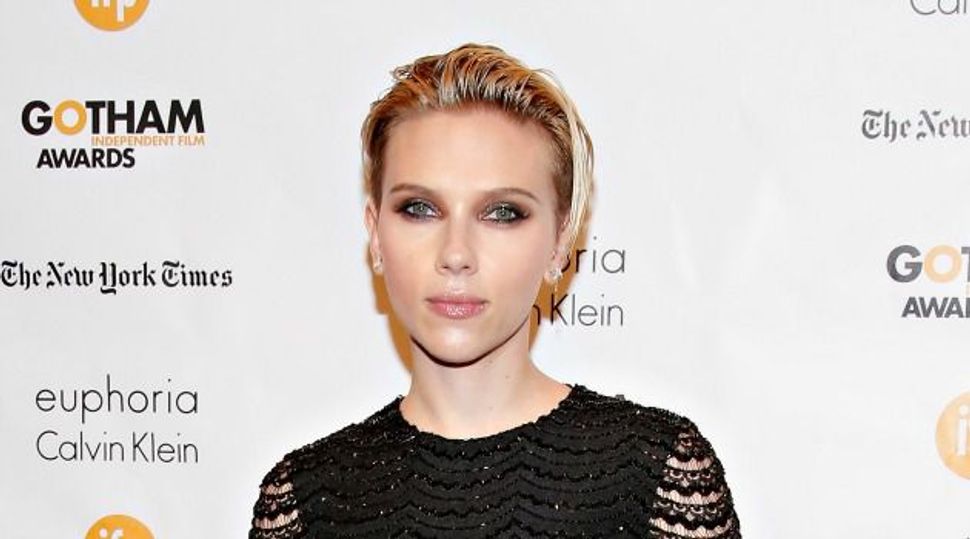 (JTA) — Scarlett Johansson is in final negotiations to star in a film where she would portray a German mother who is hiding a Jewish girl in her home from the Nazis during the Holocaust.

Variety reported Thursday that Fox Searchlight’s film titled “Jojo Rabbit” is a follow-up to the action comedy “Thor: Ragnarok,” and centers on a young German boy who finds out about his mother’s heroism.

Johansson, who is Jewish, is now on board and the character of the son still needs to be cast.

Taika Waititi penned the script and will produce alongside Carthew Neal and Chelsea Winstanley. Production is expected to start this spring, Variety reported.

In Europe, the issue of rescue of Jews by non-Jews during the Holocaust is controversial. In Eastern Europe especially, government-led projects meant to highlight the actions of relatively few local rescuers has been criticized as designed to prevent an open discussion about the actions of countless thousands who collaborated with the German Nazis in the wholesale murder of Jews.

The film would mark a change of pace for Johansson, who has been focused on action and comedy movies, including last year’s “Ghost in the Shell” and the Sony comedy “Rough Night.”