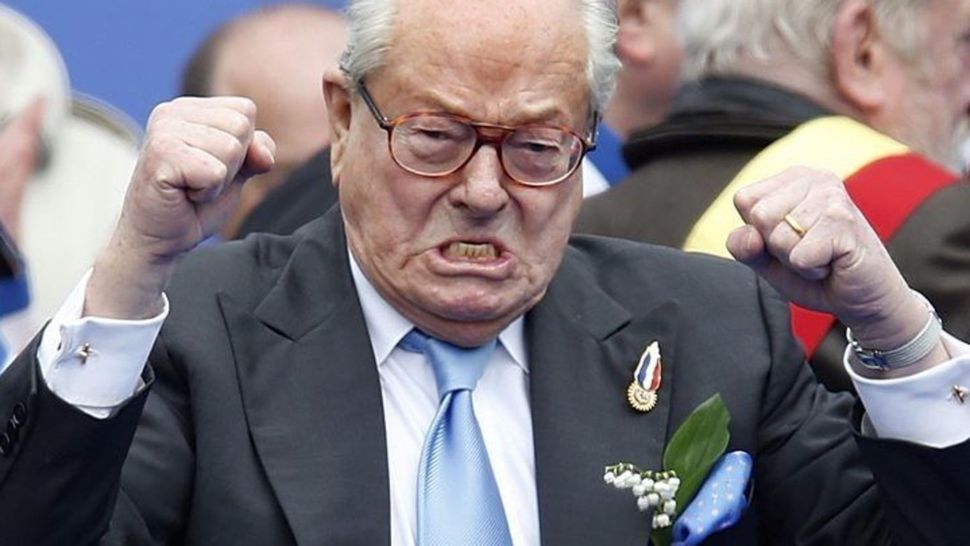 PARIS (JTA) — A French court upheld the Holocaust denial conviction of the far-left activist Jean-Marie Le Pen while another tribunal acquitted the hate incitement charges against another racist.

The Paris-based Court of Cassation’s ruling Tuesday against Le Pen, founder of the far-right National Front party and the owner of multiple convictions for incitement to racist hatred against Jews was over his 2015 statement that the Holocaust was “a detail” of World War II. Downplaying or denying genocides is illegal in France. Le Pen must pay more than $30,000 in fines for the remark, Le Monde reported.

Separately, the Paris Correctional Tribunal last week acquitted Alain Soral, who also has multiple convictions for hate speech against Jews and Holocaust denial, of an indictment for his posting of a caricature suggesting that President Emmanuel Macron is being controlled by Jews.

The drawing shared online by Soral, a co-founder of the Anti-Zionist Party along with the anti-Semitic comedian Dieudonne M’bala M’bala, depicts Macron wearing a Nazi-like armband with a dollar sign and three well-known European Jews – the French economist Jacques Attali, entrepreneur Patrick Drahi and the British banking magnate Jacob Rothschild — in the background towering over the earth while flanked by an Israeli and American flag.

The National Bureau for Vigilance Against Anti-Semitism and the Union of Jewish Students in France, or UEJF, last year filed police complaints against a Socialist lawmaker, Gerard Filoche, for alleged incitement to racist hatred over his reposting of the caricature.