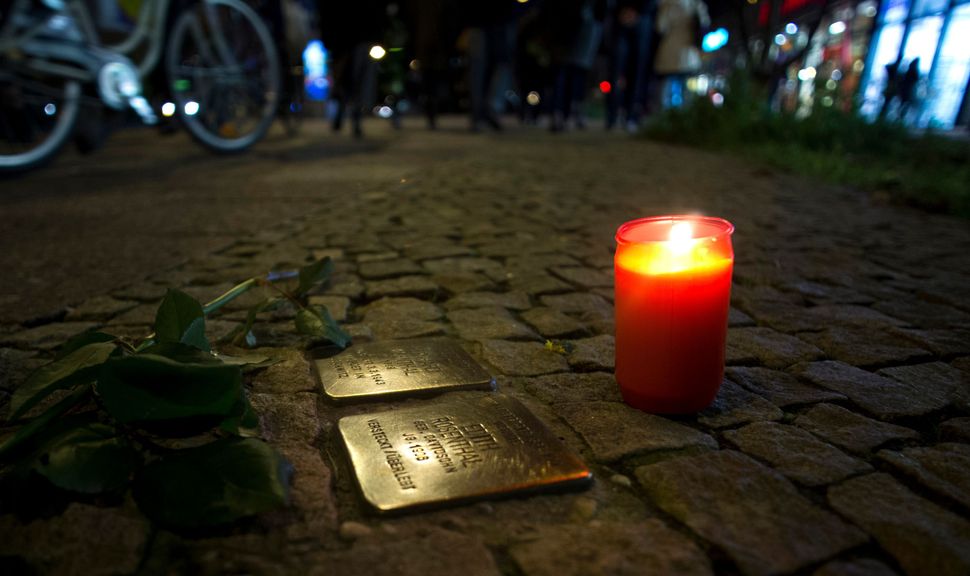 Amid rising anti-Semitism across Europe, Germany’s far-right party is lashing out at the famous “stumbling stones” Holocaust memorials, CNN reported.

The Stolperstein — small cobble stones with a brass plaque commemorating a victim of the Holocaust — can be found in cities across Europe. Their creator, the sculptor Gunter Demnig, dubbed them stumbling stones because they are designed to draw your attention by slightly catching your feet.

“You won’t fall. But if you stumble and look, you must bow down with your head and your heart,” Demnig said.

But now Germany’s Alternative for Germany (AfD) party is decrying stones as forcing people to remember the Holocaust.

“With their actions, the stumbling stone initiators impose a culture of remembrance on their fellow human beings, dictating to them how they should remember who and when,” AfD lawmaker Wolfgang Gedeon wrote in February. “Who gives these obtrusive moralists the right to do so?”

Gedeon launched a failed bid to have the Stolperstein in his region removed. But AfD is currently the largest opposition party in Germany, having won a surprising number of votes in the most recent election. A high-ranking member of the party recently praised the “achievements” of the Nazis.

In the meantime, Demnig is quietly adding more stones every day. He says that some people have told him that the stones are the only reason they feel comfortable returning to Germany after being forced out during the Holocaust.