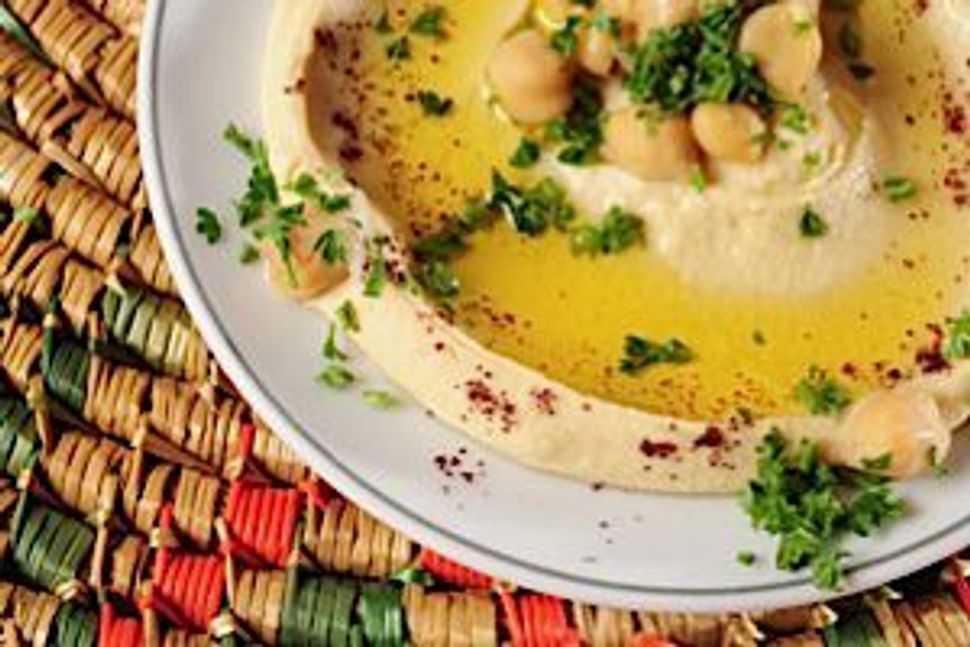 JERUSALEM (JTA) — Google Israel in a video for April 1 announced an application programming interface that detects what kind of hummus its customers enjoy.

“We’re extremely excited to share with you our latest Google Cloud groundbreaking technology: After enabling our customers to address senses through Speech & Vision API, we are now releasing a subset of Taste APIs started with a dish we all love – Hummus!” reads the introduction to the video on YouTube.

The video, a joke for April Fools’ Day, purports to show how Google researchers came up with the a “taste stick” to determine the variety of hummus that an Israeli would most enjoy based on an analysis of their taste buds, and then pinpoint a local hummus restaurant, one of 20,000 in the country, that serves the appropriate variety of hummus.

One woman who speaks in the video said she did not feel Israeli enough because she had not been able to find a hummus she liked prior to using the Hummus API technology. Another praises the API for helping her find a spicy hummus.

Even long-time Tel Aviv mayor Ron Huldai gets in on the act, saying that his city is a “culinary and technological center which embraces smart, innovative new ideas. Therefore, it was natural for us to integrate the great hummus API in our city. People find the hummus they need easier, they are happier, the hummus industry is blooming.

Soon there will be an API for pizza in Rome and tacos in Cancun, Mexico!