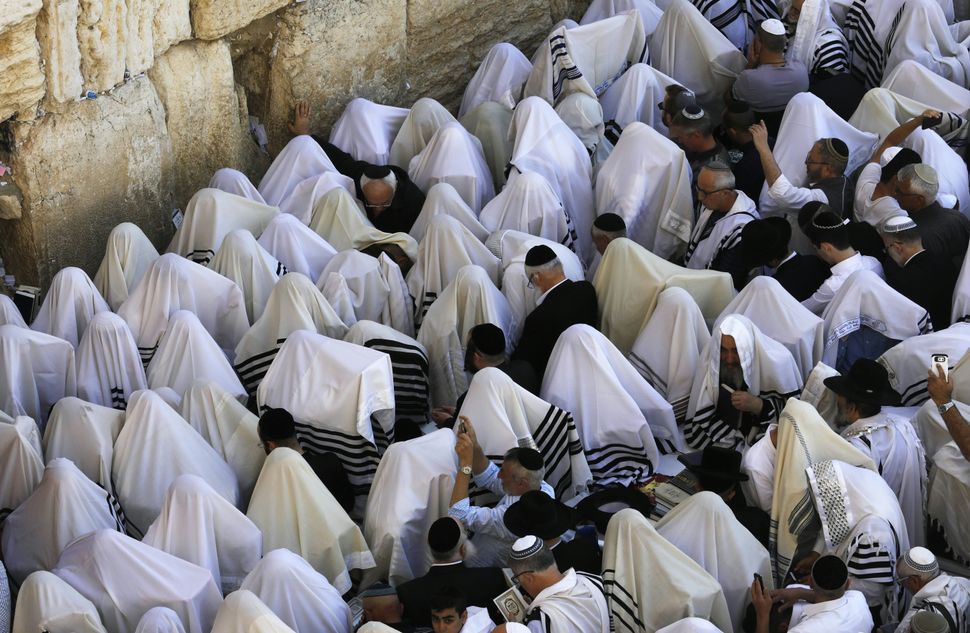 JERUSALEM (JTA) — U.S. Ambassador to Israel David Friedman joined hundreds of kohanim, or members of the priestly class, in blessing tens of thousands of worshippers at the Western Wall.

Friedman was joined by his son and grandson in the Birkat Kohanim, or priestly blessing, raising their hands and blessing the worshippers, including many visitors from the Diaspora, on Monday, the second intermediate day of Passover in Israel.  The crowd, which spilled over into all of the areas of the Western Wall plaza, also recited the prayers for the State of Israel, the safety of Israeli soldiers and for Israeli police officers.

The mass blessing also is held on Sukkot and Shavuot, the other of the pilgrimage festivals, when the Jews would ascend to the Holy Temple. Religiously observant Jews who pray daily in a quorum, or minyan, observe the rite during the services.

The blessing is recited in synagogues in Israel every day, and in the Diaspora only on the pilgrimage festivals. It says:  “May the Lord bless you and keep you, May He make his face shine upon you and be gracious, and may he give you peace.”

Extra police officers were deployed in the area for the event, and are taking up positions around the city due to the influx of people and the heightened tensions due to violence on the border with Gaza.