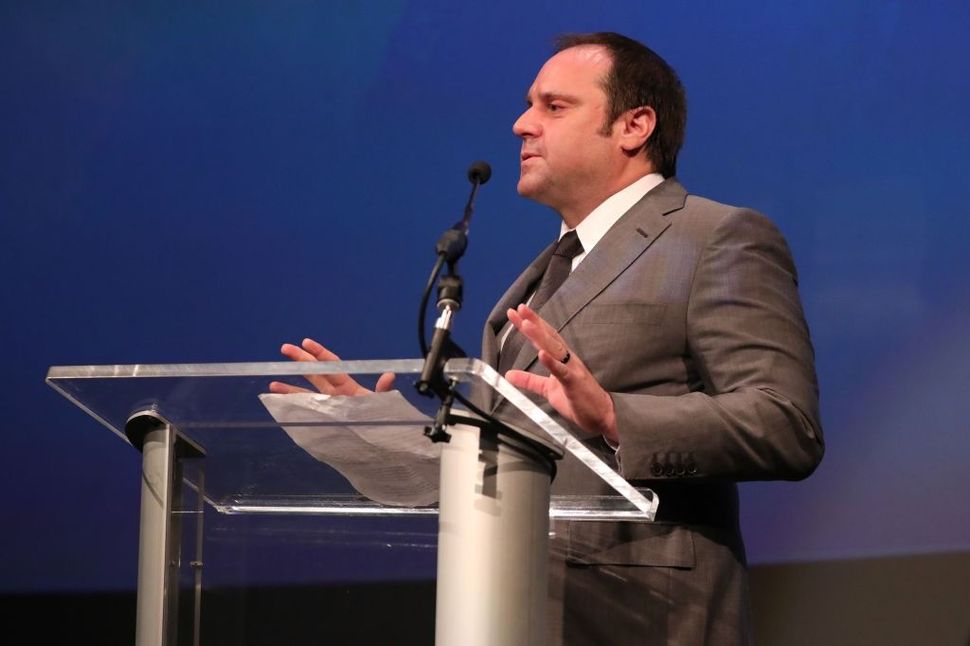 Producer Jeff Skoll speaks on stage prior to a special Washington, DC screening of ‘An Inconvenient Sequel: Truth to Power’ at The Newseum. Image by Paul Morigi/Getty Images for Paramount Pictures

LONDON (Thomson Reuters Foundation) – A website that makes reporting sexual assault easier is one of six organizations gifted $7.5 million by an Ebay billionaire in order to ramp up their effectiveness.

Every year the Skoll Foundation gives awards to social entrepreneurs whose businesses are helping solve social and environmental problems with more than 100 organizations benefiting since 2005.

“To have them help you along the way, it’s so valuable. There’s a big opportunity with the #MeToo movement to expand our model,” said Jessica Ladd of Callisto.

Callisto is a web platform where students at 13 colleges in the United States can log incidents of sexual assault even if they are unsure of reporting it to authorities for fear of repercussions.

Ladd said her organization, which started in 2015, was exploring how to adapt the system for other institutions before the Harvey Weinstein scandal broke.

“Now is this moment where people are caring and talking about this issue in a lot of different industries all at once,” she told the Thomson Reuters Foundation.

“How can we use this moment to not just let this be a momentary public outing or social media movement, but put systems into place to keep this going?” said Ladd, who plans on increasing her staff to 30 from 10 by the end of the year.

Other winners of the 2018 awards include myAgro, which offers solutions to improve the methods and livelihoods of farmers in developing countries, and Global Health Corps, which works to expand the availability of healthcare.

“It is a special moment when our ‘family’ of social entrepreneurs expands. Our community immediately strengthens, as does our collective understanding of how to solve the world’s most pressing problems,” Skoll said in a statement.