Will Cynthia Nixon Clash With Gov. Andrew Cuomo Over Israel? 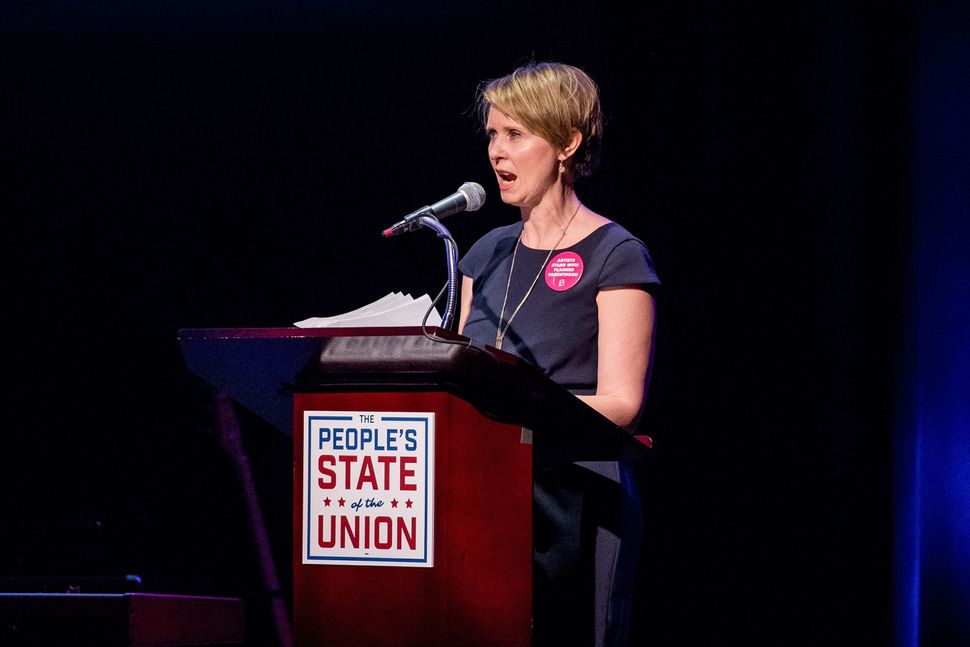 (JTA) — Actress Cynthia Nixon’s primary campaign against incumbent Andrew Cuomo for the Democratic nomination raises the possibility of a faceoff over Israel and the Palestinians.

Nixon, who has been described as an impassioned liberal who would lead from the left, is challenging Cuomo’s progressive bona fides. Jewish voters might find it appealing that she has close ties to Manhattan’s Congregation Beit Simchat Torah and that Nixon, who is not Jewish, is raising her two eldest children from her first marriage as Jews.

But she will also have to defend to critics her decision in 2010 to sign a petition in support of Israeli artists who were refusing to perform in the Israeli West Bank settlement of Ariel.

That will make Israel a factor in the election for Jewish voters, predicted Hank Sheinkopf, a Democratic political consultant who is not aligned with either candidate.

Sheinkopf said that although Nixon “probably believes she will win the East Side and the West Side, she should rethink that because the Jews there are mostly Israel supporters and not boycotters. A boycott is a boycott and that is what she supported, whereas Cuomo has been against BDS and is pro-Israel.”

Will Cynthia Nixon Clash With Gov. Andrew Cuomo Over Israel?