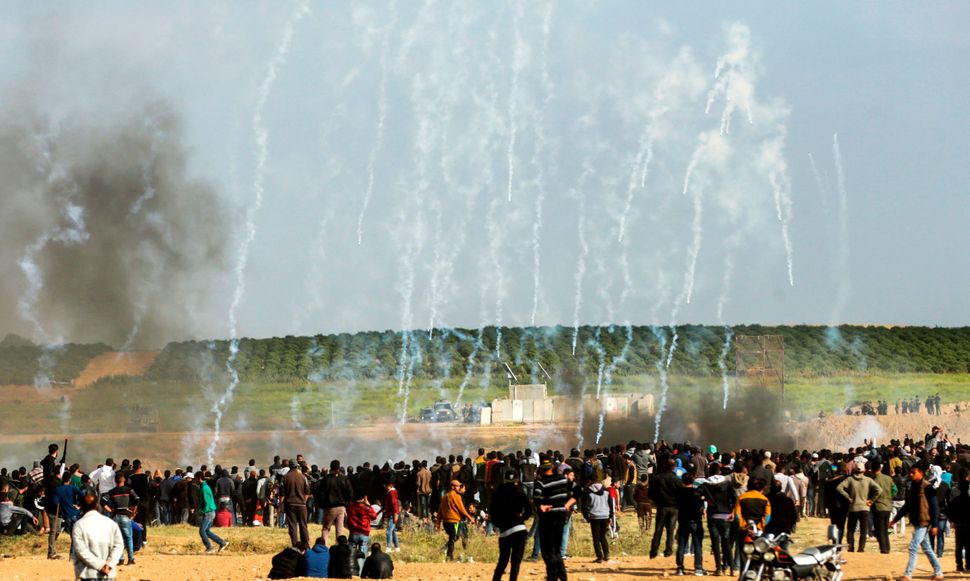 The watchdog group Human Rights Watch said Tuesday that senior Israeli officials were responsible for the deaths of 14 Palestinian protesters at the Gaza border on Friday, and the injuries of hundreds of others.

“Israeli soldiers were not merely using excessive force, but were apparently acting on orders that all but ensured a bloody military response to the Palestinian demonstrations,” HRW’s deputy Middle East director, Eric Goldstein, said in the group’s statement.

According to Human Rights Watch, Israeli officials said before the protests that soldiers were authorized to shoot people who approached the border, but did not present evidence that violence by the protesters was a serious threat to the Israeli soldiers. The group said that it found no evidence that the protesters used firearms. Without the presence of firearms, according to the group, international law would prevent using deadly force.

“The Israeli government has not shown that the demonstrators throwing rocks or Molotov cocktails posed a grave threat to the well-protected soldiers deployed on the other side of the border fence, nor has Israel claimed that any Palestinian crossed the border on March 30,” the group said.