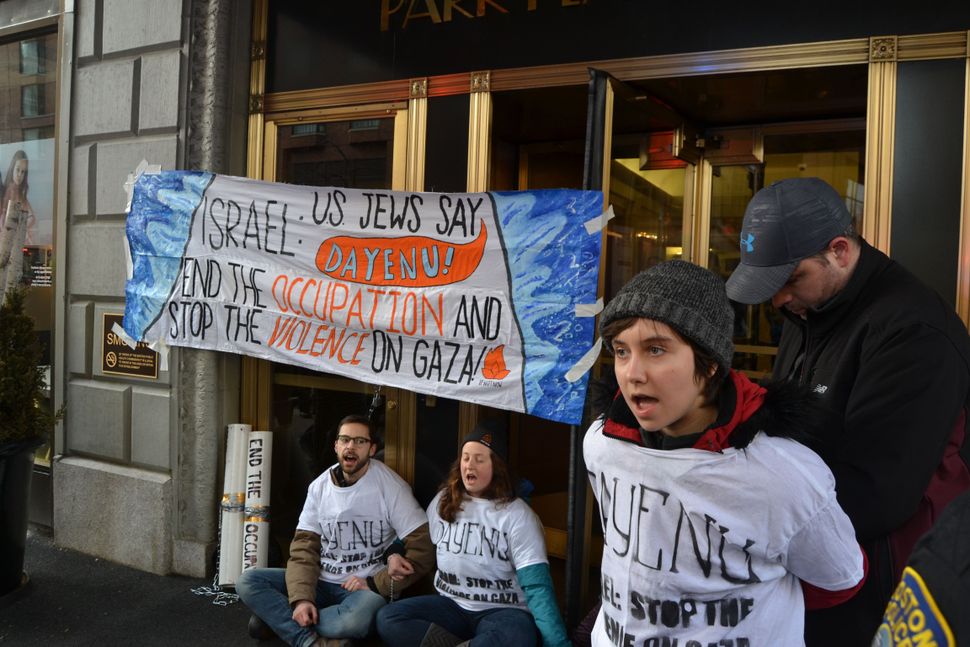 Israel’s consul general in Boston accused Jewish protesters of “lawlessness” after eight members of the activist group IfNotNow chained themselves to the doors of the building that contains the Israeli consulate on Tuesday morning.

The protesters said that they had taken the action, on the fourth day of the Jewish holiday of Passover, to oppose Israel’s killing of Palestinian protesters in Gaza last week.

“Israel and America have a shared appreciation for freedom of expression, based of course on respect for the law,” Israeli Consul General to New England Yehuda Yaakov said in a statement. “What we saw today crossed the line into lawlessness, following a recent public call on social media to ‘Target Yehuda Yaakov.’”

IfNotNow circulated a petition last week opposing Israel’s now-suspended plan to deport African refugees. The petition was addressed to Yaakov, and text on the petition website stated that Yaakov was its “target.”

Israeli forces killed 17 protesters and injured hundreds of others with live ammunition and other crowd control measures during a protest at the Gaza border on Friday.