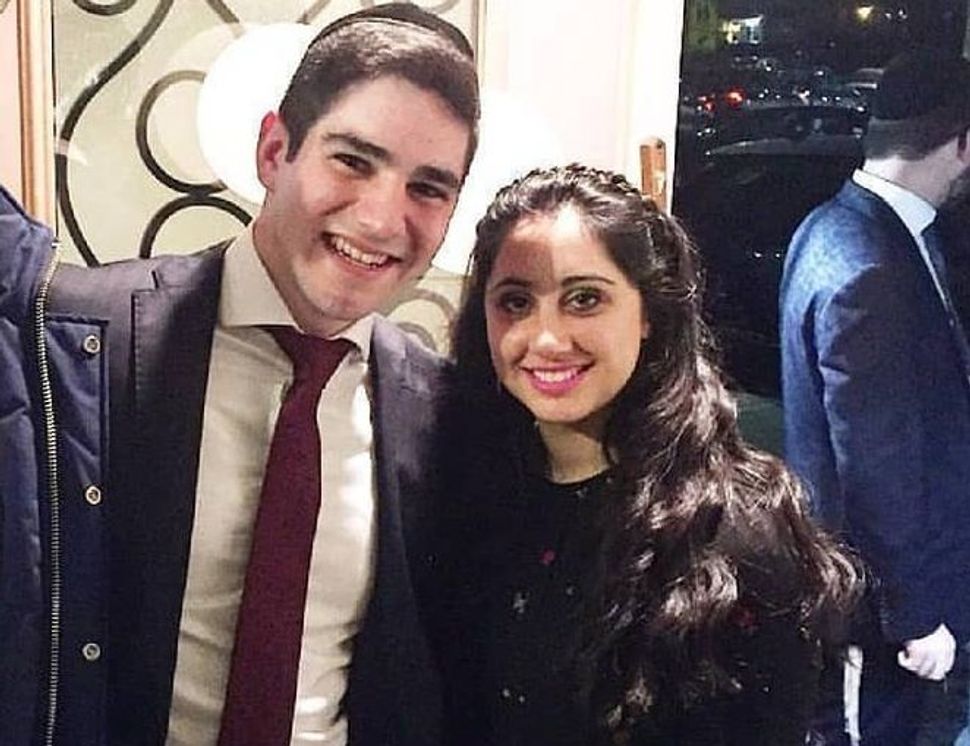 A recently engaged Orthodox couple were among the victims of a fiery car crash near New York’s JFK airport that injured seven other people Wednesday night, the New York Daily News reported.

Yisroel Levin, 21, of Brooklyn, and Elisheva Kaplan, 20, of Queens, were driving on a foggy road when their sedan was caught in a chain reaction crash. Matzav.com reported that their car caught fire, and Levin and Kaplan were trapped inside and were killed.

Levin and Kaplan reportedly were only engaged a week ago. They were buried on Thursday.

It was not immediately clear what caused the pile up. Two drivers involved in the crash were arrested for driving while intoxicated.