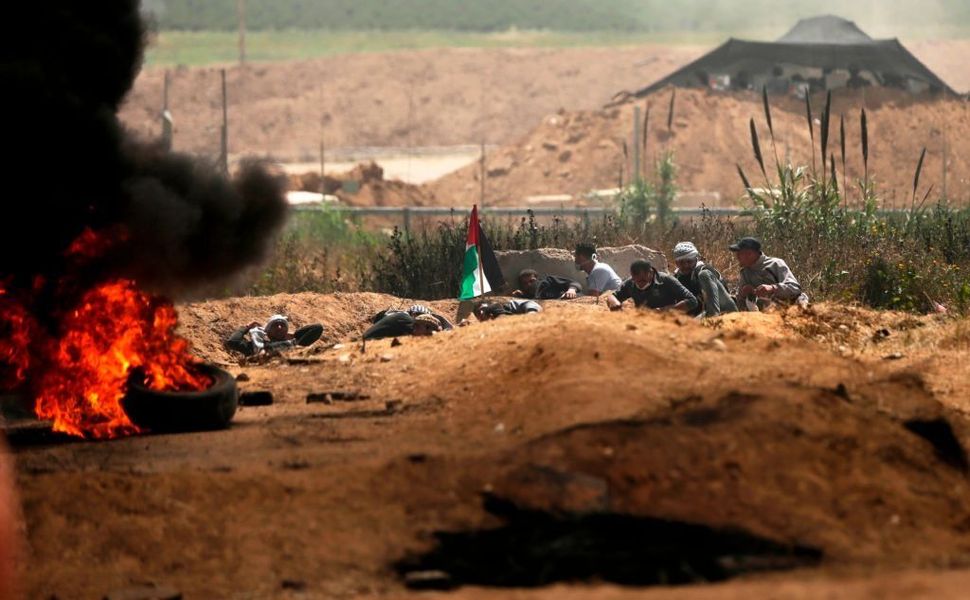 A Palestinian journalist died on Saturday after being wounded by Israeli fire on Friday while covering deadly protests along the Israel-Gaza border, health officials said.

Yaser Murtaja, 30, a cameraman for Palestinian Ain Media, was the 29th Palestinian killed in the week-long protests.

Photos showed Murtaja lying wounded on a stretcher wearing a navy-blue protective vest marked ‘PRESS’ in large black capital letters. Health officials said a live bullet had penetrated the side of his abdomen and he succumbed to his wounds in hospital.

An Israeli military spokeswoman said the army was looking into the incident.

The daily protests, dubbed “The Great March of Return,” began on March 30 along the Israel-Gaza frontier, reviving a longstanding demand for the right of return of Palestinian refugees to towns and villages from which their families fled, or were driven out, when the state of Israel was created.

Israel has stationed sharpshooters to stop attempts by Palestinians to breach the border or sabotage the security fence.

Freelance photographer Ashraf Abu Amra told Reuters he was next to Murtaja, whom he said was wearing a helmet and protective vest. Abu Amra said they were both clearly marked as journalists.

“We were filming as youths torched tires. We were about 250 meters from the fence,” said Abu Amra. “Israeli forces opened fire and injuries began. Yaser and I ran to film when suddenly Yaser fell to the ground.”—Reuters