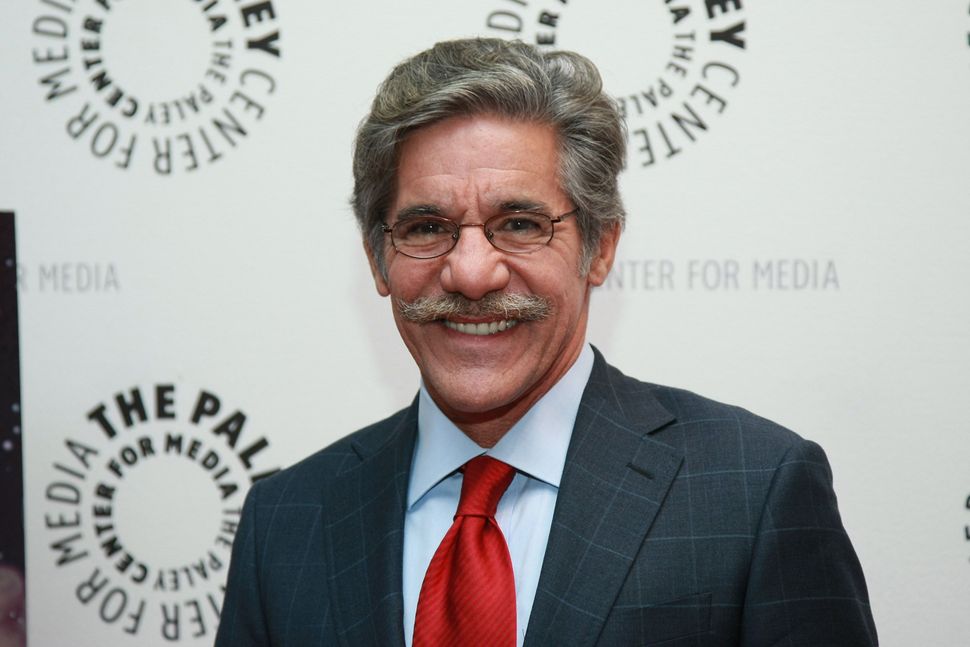 The Zionist Organization of America is calling on supporters to urge Fox News Channel to fire Geraldo Rivera after the reporter made pro-Palestinian comments on a recent appearance.

Rivera, who is Jewish, appeared on “The Five” last month to promote his memoir. During his appearance, he said that one of the biggest regrets of his journalistic career was not “backing the Palestinians” when he reported on the Second Intifada, during which thousands of Israelis and Palestinians were killed.

“[The Palestinians] are an occupied people and I regret chickening out after 2002 and not staying on that story and adding my voice as a Jew, adding my voice to those counseling a two-state solution,” Rivera said. “It’s so easy to put them out of sight, out of mind, and let them rot, and be killed, and keep this thing festering. And I think a lot of our current problems stem from – that’s almost our original sin, Palestine and Israel.”

The ZOA issued a statement on Wednesday condemning the remarks. “Fox should not continue to employ a commentator who has stated his support for the wholesale mass murder and injury of thousands of Jews, and who turns truth upside down – blaming the victims and exonerating the terrorists,” the organization said.

Rivera has worked for Fox News since 2001. He has previously made dovish remarks on the Israeli-Palestinian issue.

“You cannot say Israel is a true democracy when you turn a blind eye to the noxious expansion of settlements on Palestinian land,” he tweeted last year.