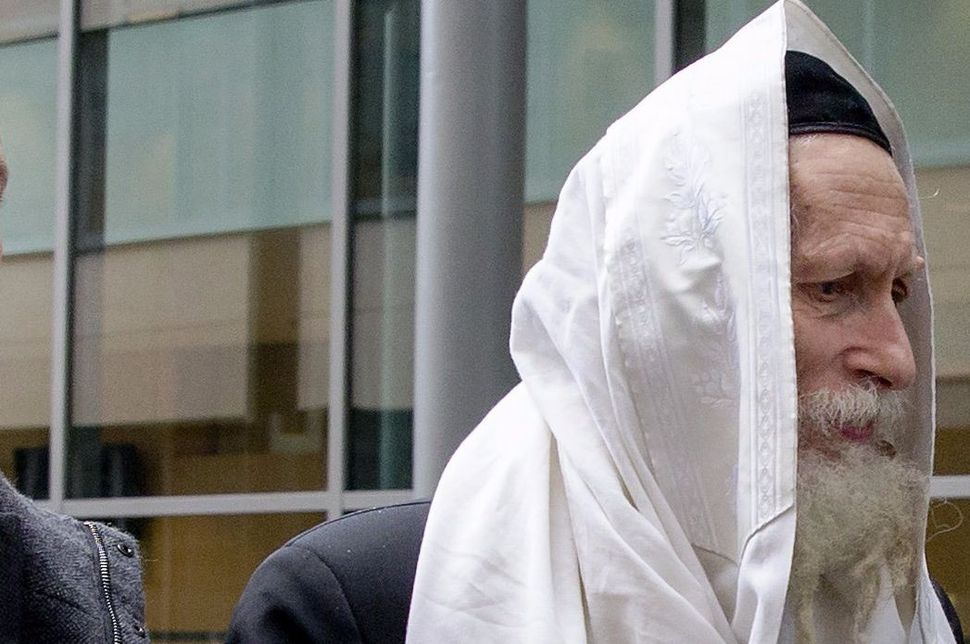 A prominent Israeli rabbi who is also a convicted sex offender was allowed during Passover to drive his car directly into the Western Wall plaza — an honor that is only permitted for the religion’s greatest leaders.

Rabbi Eliezer Berland, accompanied by dancing and praying followers running alongside him, was driven through security checkpoints and directly onto the plaza. The Western Wall Heritage Foundation has in the past allowed vehicular access for prominent, elderly rabbis with health difficulties.

Berland, 81, was sentenced to 18 months in jail in 2016 after being convicted of two counts of indecent assault against women and one count of assault for beating up the husband of one of the women he abused. Berland only served five months in jail and six under house arrest because of his age and medical conditions.

Multiple female former students had accused Berland of sexually assaulting or raping them. Berland and his most devoted followers fled the country in 2013 but returned a few years later to accept his plea deal. Leaked audio uncovered by Israel’s Channel 2 revealed Berland seemingly admitting to raping one of his victims.

The head of the Masorti Foundation for Conservative Judaism accused the Western Wall Heritage Foundation’s ruling rabbi of “completely losing all shame.”

“This time, he arranged for the sex offender Rabbi Berland to have a rebbe’s entrance with a vehicle all the way to the Western Wall plaza,” Yizhar Hess told Ynet. “Meanwhile, he’s persecuting the Women of the Wall.”

The foundation said in a statement that they had given permission for Berland’s car to enter the parking lot because of his age and health. But they said that they did not approve access to the plaza itself, blaming Berland’s driver.

“Rabbi Berland’s entrance to the plaza was done against procedures, while endangering others, after his driver made a law unto himself and necessitated the police to get involved,” the statement said.