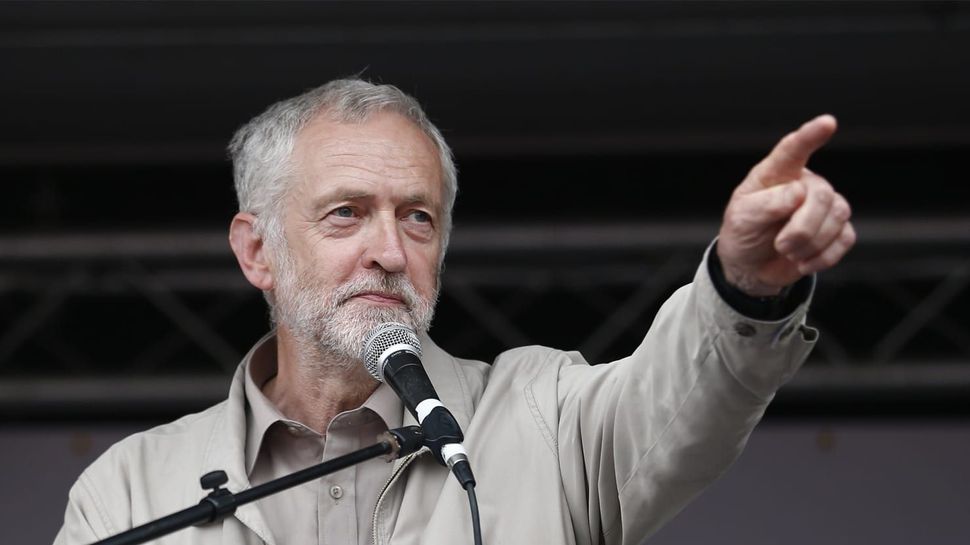 (JTA) — British Labour Party head Jeremy Corbyn called for a review of arms sales to Israel in a message condemning its “illegal and inhumane” actions against Palestinians protesting on the border with Gaza.

The message was read Saturday at a demonstration in support of the Palestinians outside of the prime minister’s office on Downing Street and posted on Corbyn’s Facebook page.

“The killing and wounding of yet more unarmed Palestinian protesters yesterday by Israeli forces in Gaza is an outrage,” the statement said. “They have a right to protest against their appalling conditions and the continuing blockade and occupation of Palestinian land, and in support of their right to return to their homes and their right to self-determination.”

“Firing live ammunition into crowds of unarmed civilians is illegal and inhumane and cannot be tolerated,” Corbyn also said in the statement.

He added: “The UK government must support the UN Secretary-General’s call for an independent international inquiry into the killing of protesters in Gaza and review the sale of arms that could be used in violation of international law.”

The message came a day after nine Gazan Palestinians, including a journalist, were killed during protests at the border with Israel, the second Friday in a row of so-called March of Return protests. Some 10,000 tires were burned during the protests, under whose cover some protesters threw rocks and firebombs at Israeli and attempted to damage and cross the border fence into Israel, according to the Israel Defense Forces, which said it used live fire and riot control methods to stop protesters from breaching the border fence.

Corbyn did not mention the Hamas terrorist organization which runs Gaza. Corbyn called Hezbollah and Hamas his friends in 2009 and said it was an honor to host representatives from those terrorist groups in parliament. In 2016 he said he regretted making those remarks.