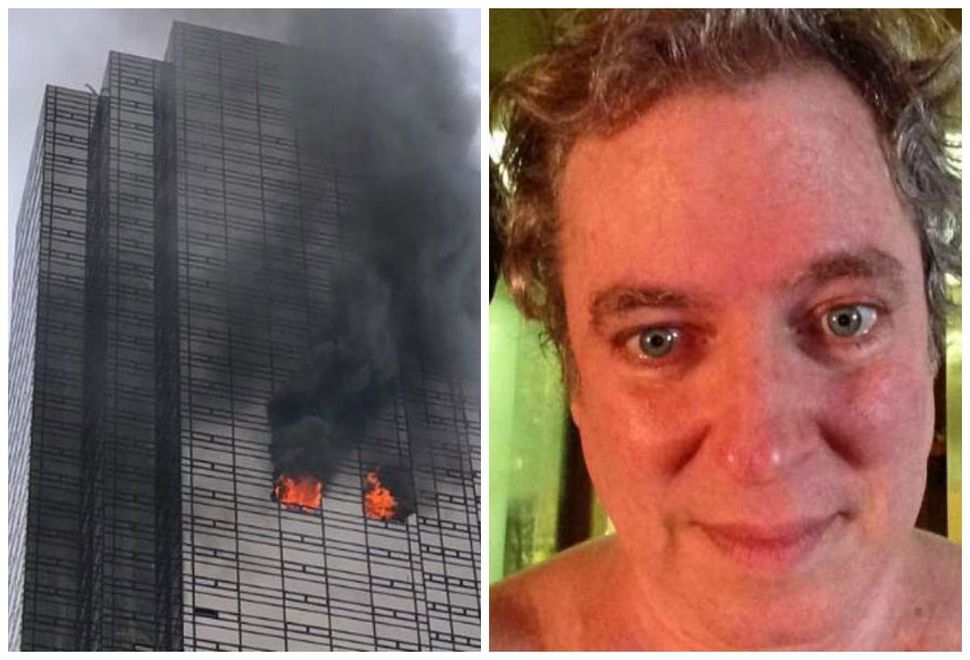 Donald Trump called the man who died in a fire at the Trump Tower on Fifth Avenue in New York a “crazy Jew” over two decades ago, the New York Daily News reported.

Todd Brassner, an art dealer, was a longtime resident of Trump Tower — but he couldn’t wait to get out. He had filed for bankruptcy in 2015, and was trying to sell is $2.5 million apartment on the 50th floor.

“He hated living at Trump Tower. He talked about not living there almost nonstop,” a friend of Brassner’s told the Daily News.

According to Patrick Goldsmith, another friend of Brassner’s, Donald Trump once called Brassner a “crazy Jew.” Trump asked the doorman who Goldsmith was after he saw Goldsmith staring at Trump’s famously small hands. Goldsmith told Trump he was visiting Brassner. “Oh, that crazy Jew?” Trump reportedly responded.

Brassner was the only victim of a fire that broke out at Trump Tower Saturday evening. Fire fighters were able to contain the fire to one apartment. Fire apartment officials said it was an electrical fire that had originated in the building’s heating system.

Trump tweeted about the fire as it was happening, but made no mention of Brassner’s death after it was announced.