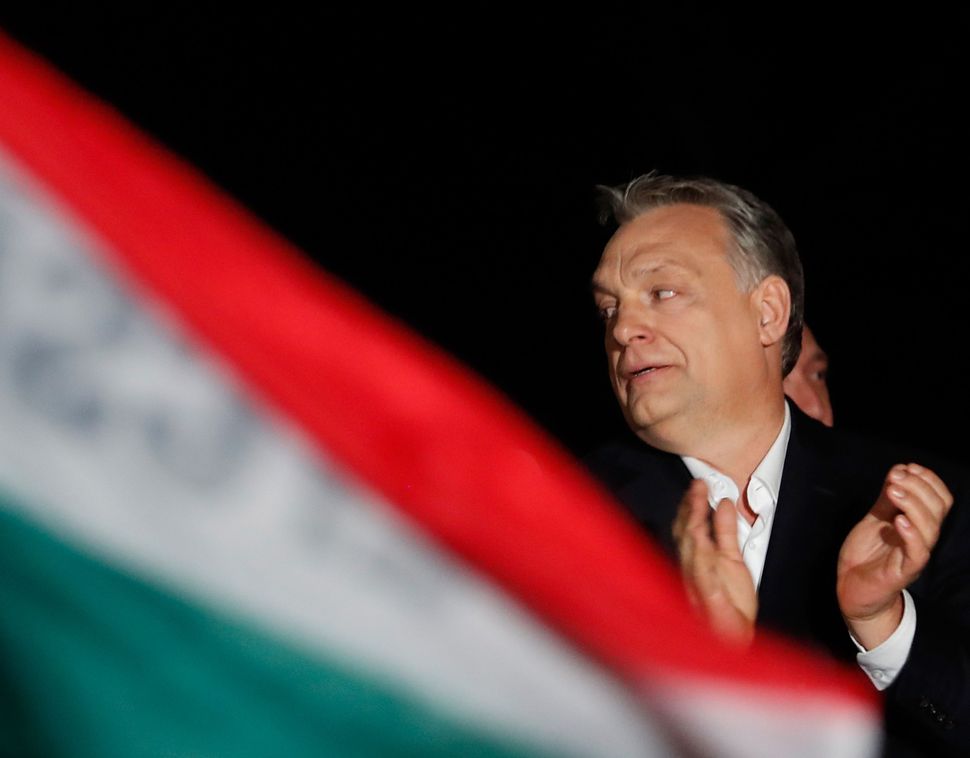 The vote was widely seen as a referendum on the status of democracy in Europe, especially with Orban already having been in power for two terms. Now, with two-thirds of the sits in Hungary’s parliament held by his party, he can effectively rewrite the country’s constitution how he likes.

“There is a big battle behind us,” he said, speaking at the Fidesz campaign headquarters. “We have won. Today Hungary had a decisive victory. We have the chance to defend Hungary.”

Orban is vehemently opposed to immigrants and frequently made George Soros, the Hungarian Jewish billionaire and philanthropist, a bogeyman for foreign influence in Hungary. Soros’ face has appeared in campaign ads and the organizations he funds have been targeted with a so-called “Stop Soros” bill.

“We are fighting an enemy that is different from us,” he said in March in Budapest. “Not open but hiding; not straightforward but crafty; not honest but base; does not believe in working but speculates with money; does not have its own homeland but feels it owns the whole world.”