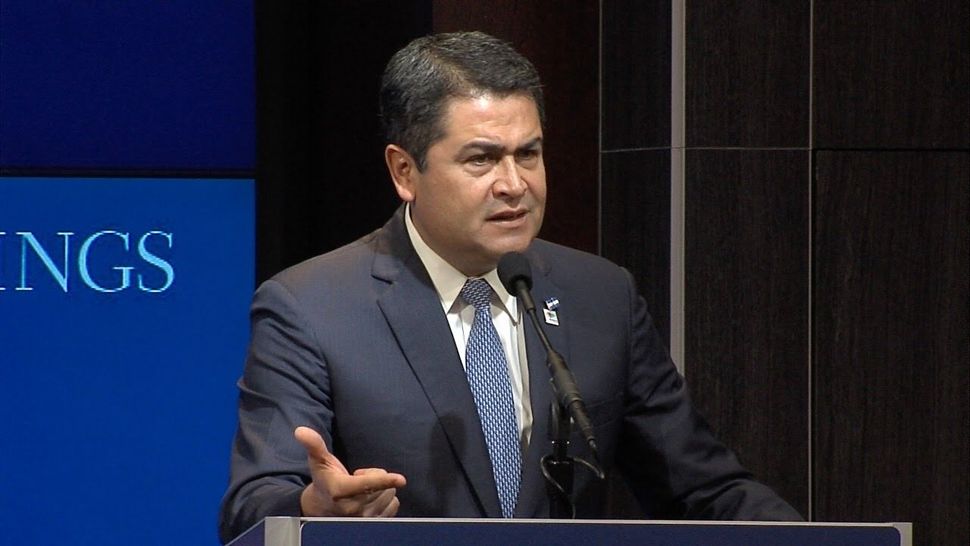 JERUSALEM (JTA) — The president of Honduras canceled a trip to Israel and his participation in the torchlighting ceremony at the annual Independence Day ceremony amid calls for the invitation to be rescinded.

Juan Orlando Hernandez withdrew on Monday following the rescission calls over accusations of gross violations of human rights in his Central American country. Hernandez had confirmed his participation in the Mount Herzl event last week.

Saying the Honduras leader would not be attending, Israel’s Foreign Ministry said in a statement that it “regrets his not coming and welcomes the friendship between the two countries.”

Some reports said that Hernandez had reconsidered his participation due to the criticism of his government, while others said he was reconsidering due to the political controversy between Israeli Prime Minister Benjamin Netanyahu and the speaker of the Knesset, Yuli Edelstein.

Tamar Zandberg, chairwoman of the left-wing Meretz party, in a letter to Culture Minister Miri Regev, said including Hernandez in the ceremony is a “scandalous decision that legitimizes a president responsible for gross violations of human rights in his country, solely to provide an excuse for Netanyahu to attend as well.”