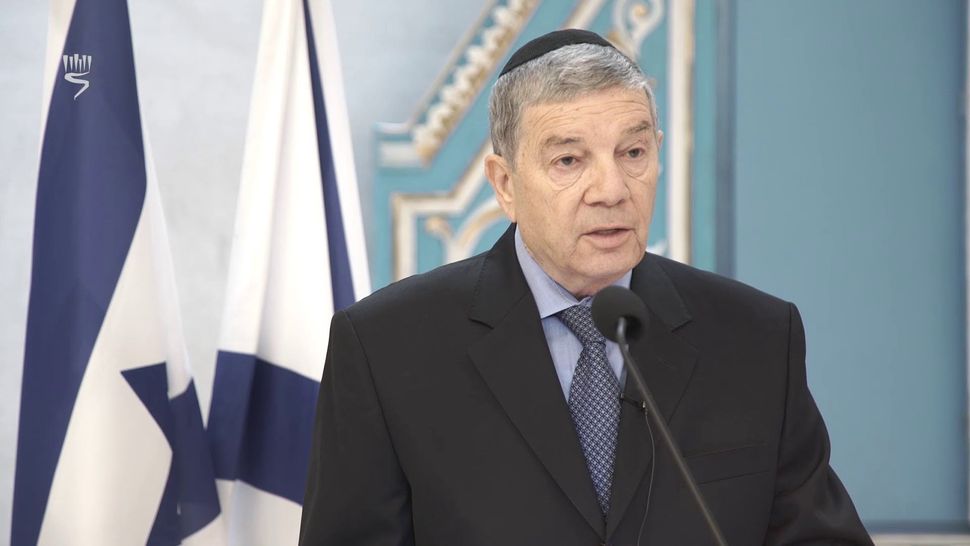 The chairman of Yad Vashhem, Israel’s Holocaust memorial museum, said on Tuesday that international organizations established in response to World War II have failed in Syria, The Times Of Israel reported.

Avner Shalev’s comment was in response to Saturday’s alleged chemical attack on the rebel-held town of Douma by President Bashar Assad’s regime.

“We all read [reports] and were deeply troubled by the gas attack in Syria in the last few days, a wild attack on civilians, women and children, with very many killed. This, again, shows what we unfortunately already know — a sort of ongoing failure by organizations and apparatuses established by the international community after World War II and the Holocaust,” Shalev said during a conference at Yad Vashem in Jerusalem.

At least 40 civilians were reportedly killed, including children, and hundreds of others were said to have been injured in Saturday’s gas attack.

“We need to remind ourselves constantly that we should do everything possible so that these tools function effectively, including in this case in Syria,” Shalev reportedly said of organizations established after the Holocaust. His remarks were given a day before Holocaust remembrance day, which begins Wednesday evening in Israel.