Did You Notice Mark Zuckerberg’s Chair Cushion During The Hearing? 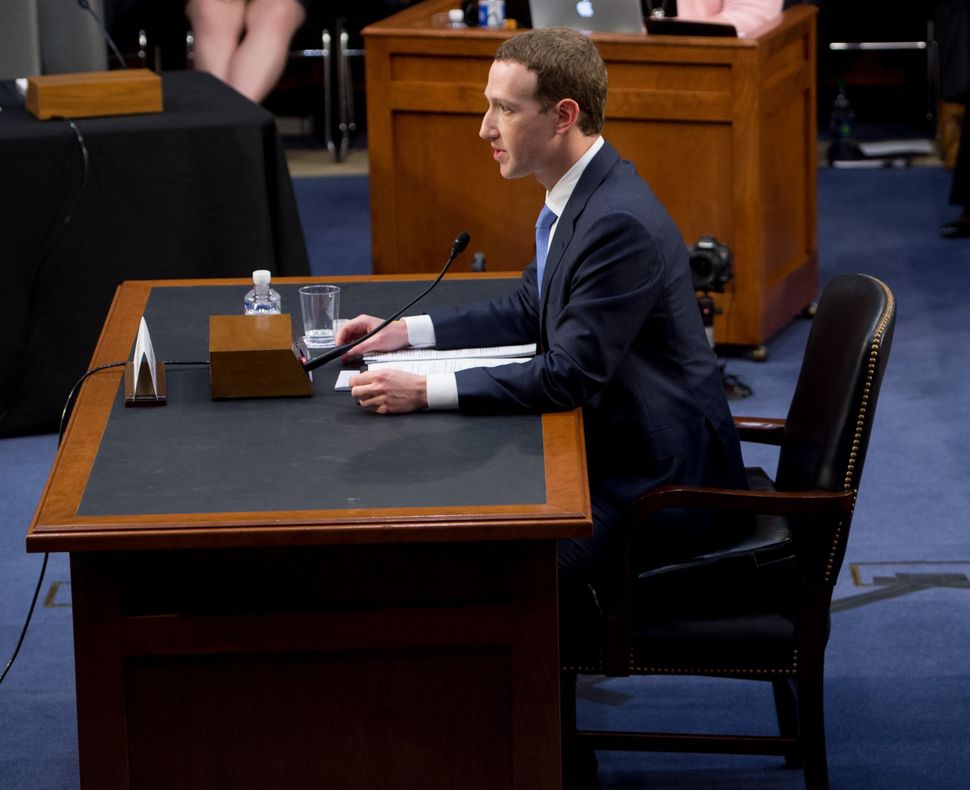 Mark Zuckerberg used a cushion to boost his height while testifying before the Senate Judiciary Committee, the Washingtonian reported.

The Facebook CEO, who is 5’ 7”, is not the first person testifying before the Senate to need extra cushions. Hillary Clinton used a small green pillow for lumbar support during her 11-hour testimony about the Benghazi attacks in October 2015.

The cushion was noticed just before Zuckerberg’s testimony began. Critics quickly took to calling it a “booster seat.”


A representative from Facebook told the New York Post that it was not Zuckerberg’s cushion, and that the committee had supplied it.

Did You Notice Mark Zuckerberg’s Chair Cushion During The Hearing?