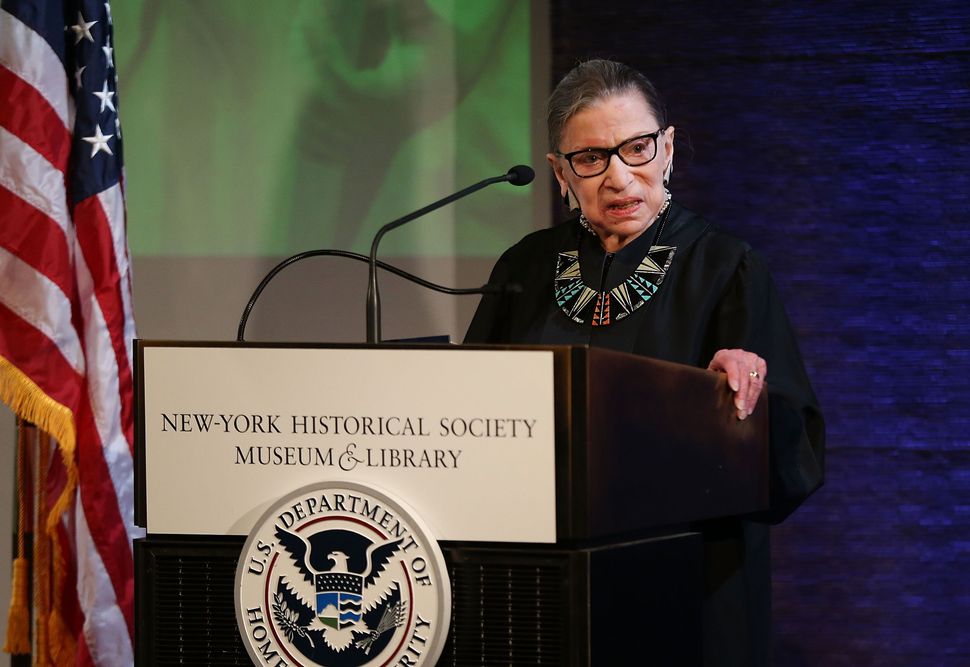 Ruth Bader Ginsburg presided over a naturalization in New York Tuesday, inspiring hundreds of citizens-to-be with stories about her father and the promise of American democracy, the New York Times reported.

The Supreme Court Justice spoke at the New-York Historical Society, the oldest museum in the city. In the audience were people from 59 different countries, all about to become American citizens.

“We are a nation made strong by people like you,” Justice Ginsburg told crowd.

Ginsburg told the audience about her father, who arrived in America at 13 without the ability to speak English, and about the ideals of America.

“We have made huge progress, but the work of perfection is scarcely done,” she said.

Ginsburg’s remarks appeared to have made their marks on her rapt audience.

“Because I’ve seen her on the news and the wonderful things she has done for people and now getting to see her live, I had tears coming down my eyes,” said Sunday Aito, 50, from Nigeria.