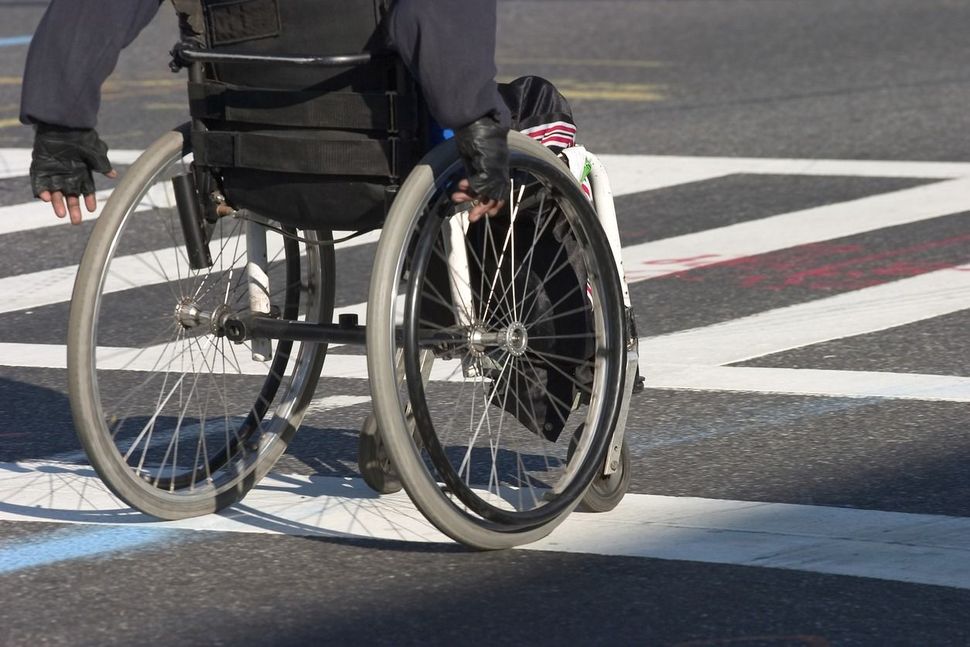 (JTA) — Fifty-five national Jewish organizations have called on the U.S. Senate to oppose legislation that would weaken the Americans with Disabilities Act.

The organizations sent a letter, organized by the Jewish Federations of North America, to Majority Leader Mitch McConnell, R-Ky., and Minority Leader Chuck Schumer, D-N.Y., opposing the Americans with Disabilities Act Education and Reform Act. The U.S. House of Representatives passed the legislation in February in a 225-192 vote.

The Americans with Disabilities Act has enabled the disabled more access to housing, education, public and private spaces and businesses, and public transit.

Under the reform measure being considered, individuals with disabilities who encounter barriers in public accommodations would need to first notify the business of the issue and observe a waiting period before seeking legal recourse – a lengthier process than under the current law.

The 55 Jewish organizations that signed the letter represent the main religious streams, rabbinical and cantorial organizations, those that focus on disability inclusion, and others promoting social justice and civil rights, social service networks, and groups working with young people and older adults.

“As Jews, we are acutely aware of our obligation to create a more inclusive society and our responsibility to fight against policies that would make life more difficult for people with disabilities,” said William Daroff, the senior vice president for public policy for Jewish Federations of North America and the director of its Washington office. “We are thrilled that so many of our national partners in the Jewish community understand the importance of inclusion and the necessity in protecting these fundamental civil rights.”