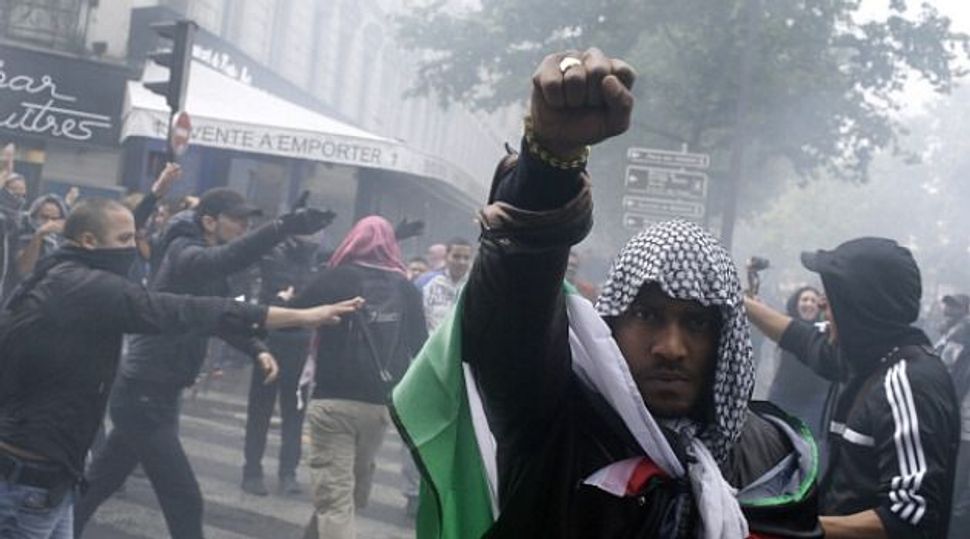 JERUSALEM (JTA) — Violent anti-Semitic attacks worldwide directed against Jewish communities, Jewish people and their property decreased by about 9 percent in 2017, according to an annual report.

There were 327 cases in 2017 compared to 361 in 2016, according to the annual “Antisemitism Worldwide” report by the Kantor Center for the Study of Contemporary European Jewry at Tel Aviv University.

The data were published Wednesday, on the eve of Israel’s national day of remembrance of the Holocaust. This year’s 103-page report is a global overview combining surveys from recognized watchdogs from dozens of countries, including nearly all European Union member states.

The figures for 2017 do not include some cases of extreme violence in France, including that of Sarah Halimi, a Jewish woman who was thrown out of her apartment window to her death. The incidents are still being studied, according to the report.

The violent incidents in France have continued into 2018 with the murder of Holocaust survivor of Mireille Knoll, 85, who was stabbed and burned in her apartment.

“It should be emphasized that some of the recent violent cases have been perpetrated more brutally, causing more harm,” the report said. “And most important – this decrease is overshadowed by what is seen by the Jewish communities as a dramatic increase in all other forms of anti-Semitic manifestations, many of which are not even reported, most notably harassment in and on social media.”