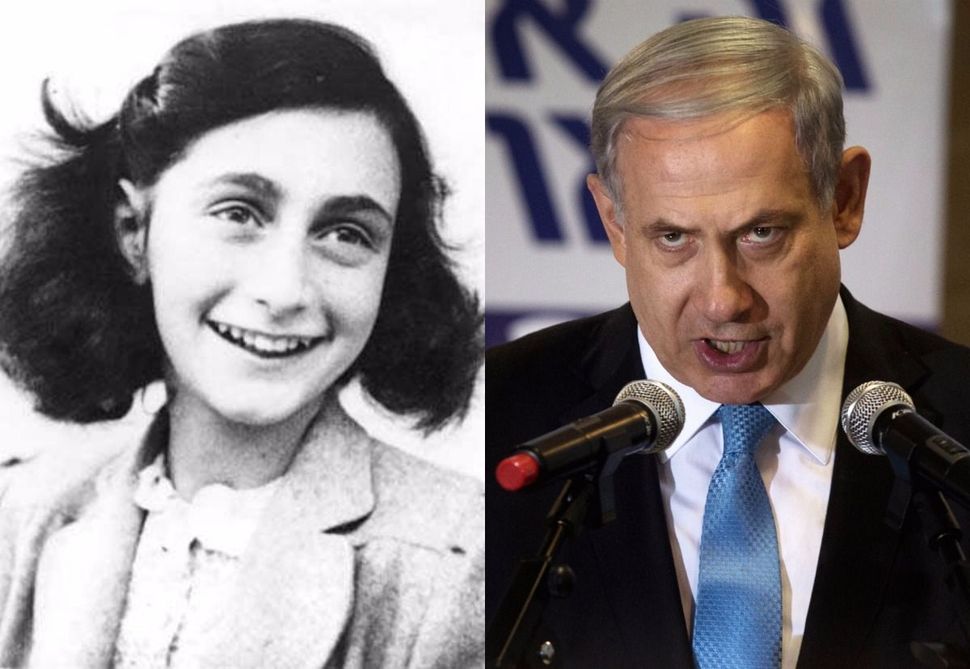 Ahead of Holocaust Remembrance Day, the not-for-profit established by Anne Frank’s father announced it would send all its grant money to Israel via the New Israel Fund, the Times of Israel reported.

The move was seen as a retort to Israeli Prime Minister Benjamin Netanyahu, who earlier this month blamed the NIF for destroying the deal Netanyahu had reached with the UN to resettle African refugees living in Israel. He said the NIF had pressured Rwanda, which had initially agreed to take some refugees, to reject the deal. The NIF has said that they had no contact with the Rwandan government.

Netanyahu said that the NIF, which “endangers the security and future of the State of Israel as the nation-state of the Jewish people.” Netanyahu has also pointed to the funding that the NIF receives from Hungarian billionaire George Soros, calling Soros “hostile to Israel.”

The Anne Frank Fonds foundation was established in 1963 by Otto Frank, Frank’s father and the only surviving member of their family. The fund uses money from the sales of Anne Frank’s famous diary to promote religious tolerance and youth engagement.

“It is a great honor for NIF to receive this vote of confidence from the Anne Frank Foundation,” said Mickey Gitzen, the NIF’s executive director.

TOI reported that the agreement reached between Anne Frank Fonds and the NIF forbids disclosure of how much money will be changing hands.