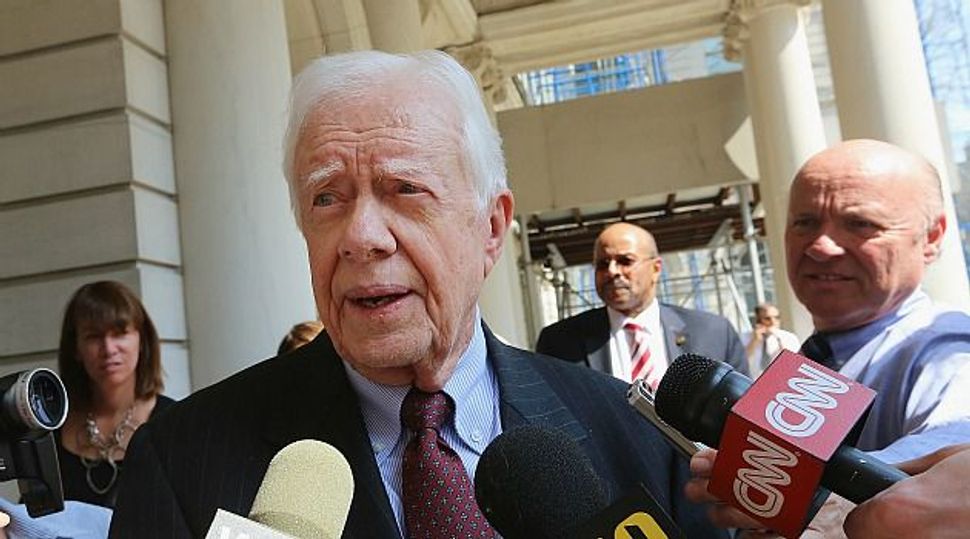 Ex-President Jimmy Carter says his push for Middle East Peace played an important role in turning the evangelical voting bloc into the arms of the Republican Party.

Carter told the Associated Press, that he, “took a position of wanting to see balance between Israel and the Palestinians.” Carter wasn’t able to bring about a final peace deal and was seen by some as not being pro-Israel enough.

He claims that this was a major factor in evangelicals aligning with the Republican Party, which has since adopted a hardline pro-Israel stance. They were a major factor in President Trump’s shocking upset win.

“Evangelicals are naturally inclined from a religious point of view to be loyal to Israel,” he said, noting their more literal interpretations of the Bible. Trump has emboldened Christian Zionists. They played a role in Trump’s decision to move the U.S. Embassy to Jerusalem, and Trump’s Vice President, Mike Pence, addressed their annual conference this year.

Carter pointed out that Christians Zionists also believe “that the Jews should also all become Christians — that’s not often mentioned.”

In the interview Carter, a devout Baptist, admitted that Democratic Party positions on abortion and women’s rights, also played a major role in evangelical allegiance to the GOP.