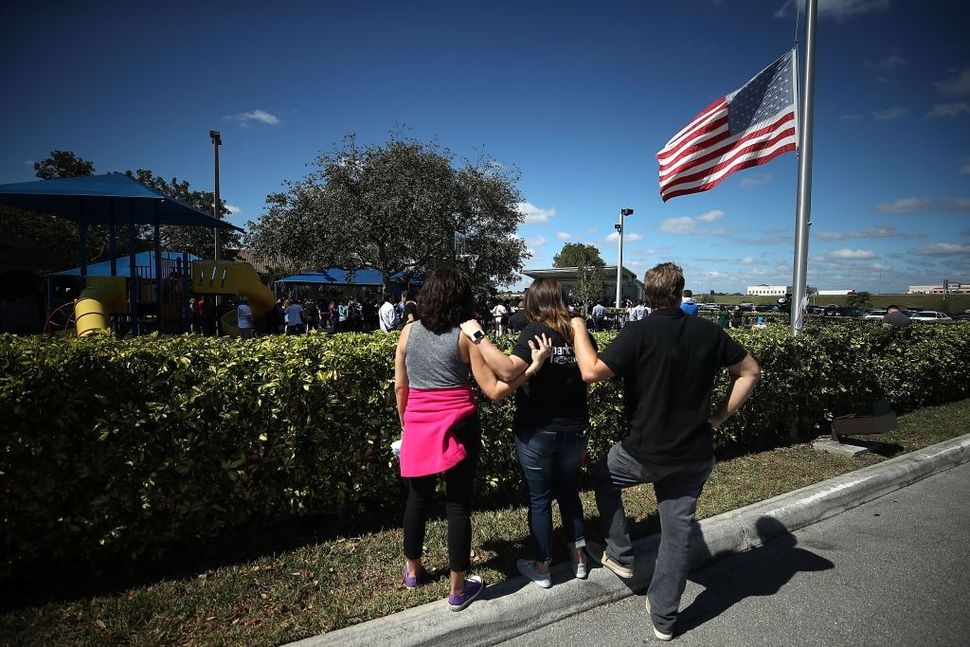 WASHINGTON (JTA) — Members of a bipartisan U.S. House of Representatives task force on anti-Semitism condemned attacks on survivors of the Florida high school shooting in February, including anti-Semitic images and comparisons of the students to Nazis.

“It is shameful for anyone to attack students – especially survivors of gun violence – with anti-Semitic slurs and Nazi comparisons,” said the statement Friday by four members of the task force. “Policy differences are never an excuse for anti-Semitism. We condemn anti-Semitism in all its forms and reject any inappropriate evocation of the Holocaust or comparison to Nazis.”

Police in Washington, D.C., this week arrested a man who was hanging anti-Semitic fliers on the American University campus that included a photo of one of the survivors of the Marjory Stoneman Douglas High School shooting in Parkland, Florida. Some of the leaders of the gun control movement that emerged from among the teenage survivors have been targeted with anti-Semitic slurs on social media.

Additionally, some of the same student leaders of the movement have been likened to Nazis on social media, by media on the far right and, in at least one case, by an aide to a New York state legislator.