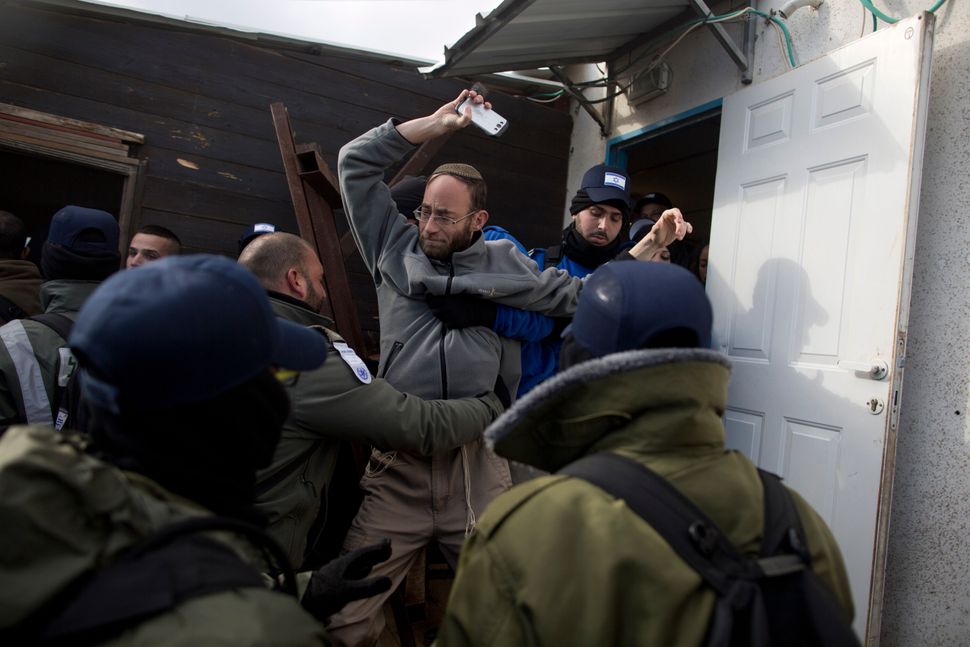 Israeli security forces arrest a settler during the evacuation of an illegal Jewish settlement on February 1, 2017 in Amona, West Bank. Image by Lior Mizrahi/Getty Images

JERUSALEM (JTA) — Teenage settlers who erected an illegal outpost in the northern West Bank attacked Israeli soldiers who came to evacuate them.

The evacuation on Saturday was met with rocks and pepper spray, according to reports. The soldiers reportedly shot into the air and used tear gas and other riot dispersal methods to halt the attacks.

The outpost, located near the Itamar settlement and dubbed “Rosh Yosef,” in the end was not evacuated. The youths have been living there for about three weeks. They had been given an order to immediately evacuate the area on Friday, Haaretz reported.

“The IDF considers the use of violence against its troops to be very grave and will continue enforcing law and order in cooperation with other security forces,” the IDF Spokesman’s Office said, according to Ynet.

A mosque located near the Nablus in the West Bank was set on fire over the weekend in an incident believed to be connected to right-wing religious Jewish activists.