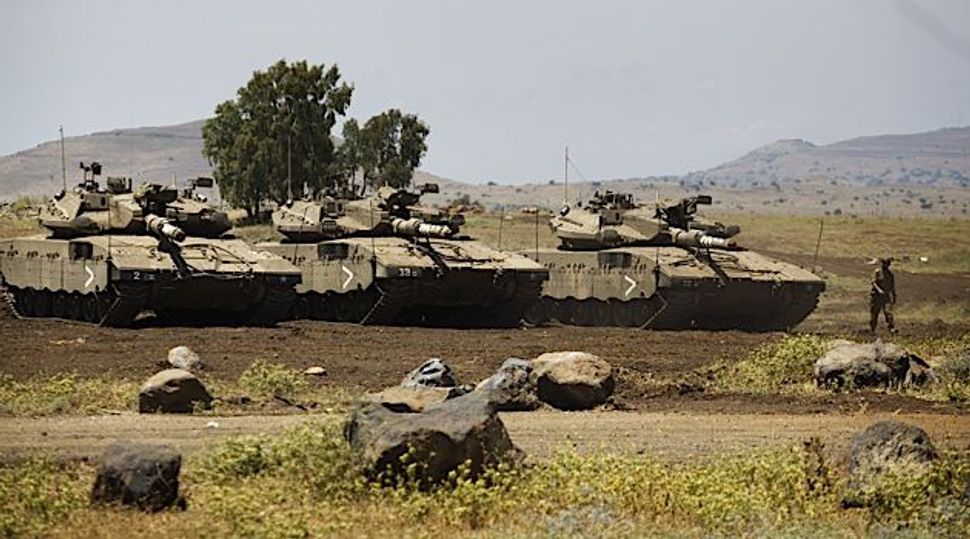 JERUSALEM (JTA) — An Israeli soldier was killed and three others injured when the tank they were riding in along the border with Egypt rolled over and caught fire.

The accident during an operation to stop a smuggling attempt on the border, which security forces thought could be cover for a terrorist attack, came very early on Saturday morning.

The dead soldier was later named as Corporal Eliyahu Drori, 20, from Beit Shemesh. He was buried at the Mount Herzl military cemetery in Jerusalem.

The tank was called to the scene of the smuggling attempt after intelligence that an Islamic State cell in the Sinai planned to carry out an attack, Ynet reported.

According to a preliminary investigation, the tank fell into a riverbed after veering off its planned course. It is not known why the tank changed course. The tank’s fall may have ignited a shell, according to reports.

Two of the other soldiers in the tank were seriously injured and one was lightly injured.